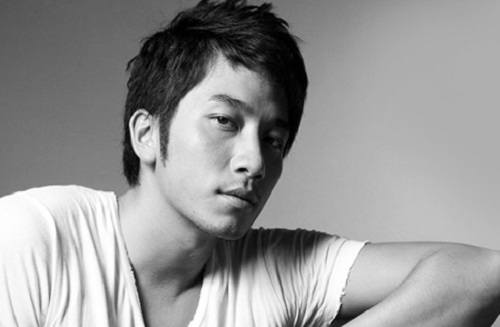 Ron Ng (吳卓羲) was once supported and marketed by TVB to be the next top sui sang along with Raymond Lam (林峰) and Kenneth Ma (馬國明). However, it appears that his dramatic relationship with Viann Zhang (張馨予)  has superceded his acting performances recently.  Rumors surfaced that Ron may even be turning to alcohol to drown his breakup grief!

Frequently rumored to have romantic sparks with his female costars, hopefully Ron may have a chance to find new love again in upcoming TVB productions, Triumph in the Sky 2 <衝上雲霄II> and Season of Love <戀愛季節>.  Ron is currently paired with rumored flame, Kate Tsui (徐子珊) in Season of Love.

Currently, Ron is mending his broken heart from his breakup with mainland actress, Viann Zhang. Ron and Viann’s relationship have always been turbulent.  Reported to be dating for two years, the 36F Mainland China actress Viann had always wanted to be publicly acknowledged as his girlfriend, but her pleas were denied by Ron until his efforts came too late. In mid-July, Ron confirmed Viann as his girlfriend in order to salvage their relationship.  Days later, Viann publicly announced their breakup without discussing it with him first!  It was purported that Viann had found new love with Mainland Chinese actor, Li Chen (李晨).

Drinking Away His Sorrows

Devastated, Ron turned to drinking alcohol to mend his heartbreak.  It was rumored that Ron has been drinking every night. Allegedly, he even required a few sips of alcohol to calm his nerves during work time.

When Ron heard the rumor, he strongly refuted, “There is definitely no such thing!”  He continued and said, “Definitely no!  I am not drinking alcohol and definitely not at work!”

When asked of his breakup with Viann, Ron was reluctant to talk about the subject.  He replied, “Wah….You ask such things?  I don’t want to talk about it!  As long as she is happy, then it’s okay.”  Asked whether he has called her, Ron said, “I haven’t communicated with her.  I just want to concentrate on my work.  I will be filming Triumph in the Skies 2 soon.”

Ron and Kate Tsui  have been rumored as lovers several times in the past, but  they have always denied the allegations.  In new TVB drama, Season of Love, they will be re-uniting as an onscreen couple again.  Now that Ron is single, speculations arose as to whether Kate may have a chance. Allegedly, Kate has been putting in her efforts to be at Ron’s side, but Ron appears to be oblivious to Kate’s advances.

Insiders stated that earlier, Kate was not required to film for Season of Love until later that evening.  But she purposely came to work earlier, so that she can have dinner with Ron and other colleagues.  Ron appeared distracted and just played with his phone.

When Viann was dating Ron, Viann allegedly viewed Kate as her biggest threat, even coining the new nickname, “sausage-lipped sister” for Kate.  With Ron and Kate once again in such close proximity again, how will Viann feel now?

Ron Has Many Choices…

Even if Ron were not interested in Kate, he still have a lot of choices from the beautiful female cast of Triumph in the Skies 2.  Without taking the top fadans of the drama into consideration, he still has Kelly Fu (傅嘉莉),  Rebecca Zhu (朱晨麗), Eliza Sam (岑麗香), Jess Ying (沈卓盈) to choose as his his next romantic prospect.  TVB was full of eligible bachelorettes!