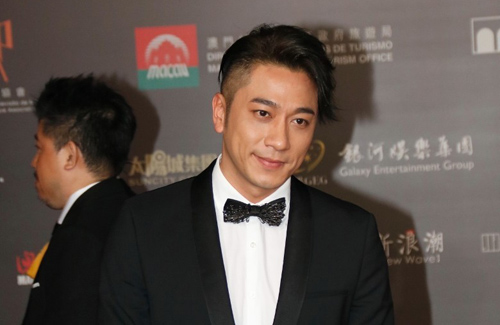 After leaving TVB in 2018, Ron Ng (吳卓羲) had the opportunity to explore different arenas within the entertainment industry. In addition to filming movies and earning more money in China, Ron has also made a comeback in the music scene. Despite having more chances to try out different things, many audiences who have grown up watching his dramas certainly miss seeing him on the small screen.

While attending an event recently, Ron excitedly shared about his recent projects. He is currently filming two movies, one of which is directed by Patrick Kong (葉念琛). Ron expressed, “I’m very happy to be working with Patrick. We have talked about wanting to collaborate many times, but we are finally making it real! The discussion and agreement process was very short this time. I’ll be meeting with him later to talk about the story, and we will begin filming in the next four or five days.”

Ron will star opposite Kathy Yuen (湯怡) as husband and wife. The thriller film will also star Jeana Ho (何佩瑜) and Poon Chan Leung (潘燦良). When discussing his costars, Ron said, “I think Kathy did a really good job portraying her role. I also really like Poon Chan Leung as an actor.”

Staying good friends with Raymond Lam (林峯) over the years, Ron was asked about Raymond’s upcoming wedding. Due to the ongoing political unrest in Hong Kong, it is speculated that Raymond and Carina Zhang (張馨月), have postponed their big day. Ron responded, “He didn’t mention anything about it to me. To be quite frank, I didn’t even find out about it until I saw the news reports.”

When probed about whether Raymond will have to adjust the wedding date to ensure that Ron can attend, Ron joked, “If and when he gets married, I’ll skip work! I’ll tell you all when he’s getting married if I find out.”