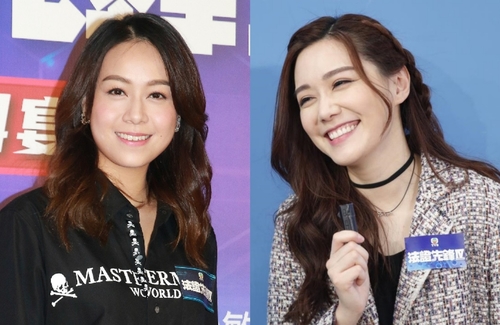 To commemorate completing all her scenes, the actress shared a photo of the drama script on Instagram. She wrote, “I finished filming! I don’t think I will forget this experience. One month of intensive training forced me to improve in such a short period. Although the process was really hard, someone told me that success requires hard work. I hope everyone’s efforts will be felt by the audience.”

Roxanne Wants to Catch Up on Sleep

Aside from doing reshoots every day for the past month, Roxanne needed to get into character in a short time frame. “It was really challenging for me,” the star admitted in an interview. “I had immense pressure when I shot it, but after I finished, I realized I matured from the experience. It’s like I took a very valuable class.”

Although her voice was full of excitement, she also sounded tired. “I just want to sleep for a few days at home,” Roxanne laughed. “I have work in a few days, but I hope that I can use this time to adjust my body. I need to keep fit, so hopefully, everyone can see fit Roxanne!”

Unfortunately, Roxanne’s completed drama Maid Alliance <丫鬟大聯盟> is very likely to be stored in the warehouse because Jacqueline was the lead actress. It is also said that the release of Roxanne’s other drama Airport Strikers <機場特警> will be postponed due to the recent tension between the Hong Kong police and its people.

Although both dramas may not see the light of day, Roxanne is facing it optimistically. “As actors, we always need to wait for the company to arrange when and if the drama will be aired or not. So it doesn’t matter if a drama I partook in needs to be aired later. For example, we waited a year or two before My Commissioned Lover <婚姻合伙人> broadcasted.”