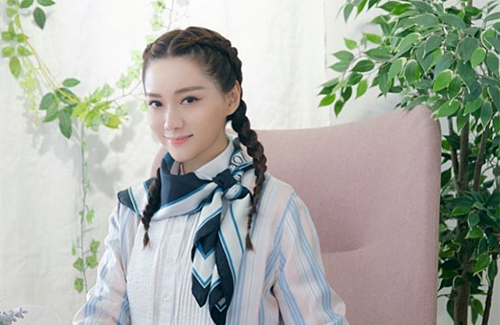 As the niece of Kent Tong (湯鎮業), one of TVB’s Five Tigers in the 1980s, many thought Roxanne Tong (湯洛雯) would have all the necessary connections for a straight-shot to popularity and stardom. However, filming opportunities did not come easy. Due to her love for food, Roxanne often made headlines that focused on her weight gain.

When she was cast to substitute in for Jacqueline Wong (黃心穎) in Forensic Heroes IV <法證先鋒>, Roxanne was told she had to lose 10 pounds in one month for the role. For the sake of her career outlook and opportunities, Roxanne went on an extreme calorie-counting diet, coupled with multiple workout sessions a day. Her commitment yielded results, as she appeared visibly slimmer and more fit in Forensic Heroes IV.

Recently, Roxanne, along with Sisley Choi (蔡思貝), Owen Cheung (張振朗), and Matt Yeung (揚明), attended a promotional event for the upcoming drama, Airport Strikers <機場特警>. Starring as a stewardess in the drama, Roxanne appeared at the event dressed in costume and seemed to have successfully maintained her slim figure.

On the other hand, Sisley stars as in the role as an airport security and wanted to look more muscular and toned. For her role, Sisley hoped to gain ten pounds. “At the time, I wanted to appear bulkier. However, I am back to my original weight of 100 pounds!” Hearing that, Roxanne quickly exclaimed, “What! I already surpassed 110 pounds when I was in the sixth grade. My head itself is probably 30 pounds!”

Starring as a couple with Owen in the drama, Roxanne often tagged along to Owen’s gym session. Due to following along with Owen’s intense workouts, Roxanne expressed that she appears much bulkier now. “The most difficult part to deal with is the stewardess outfit. It’s a short-sleeve, so I can’t hide my arms. I look round and bulky the entire drama! When I am filming next to Owen, I would deliberately stand back a little!”

From 140 pounds, Roxanne now maintains a steady weight of 120 pounds after going through her dieting and exercising regimen. She shared, “At my heaviest ever, I was two times the weight of Sisley!” 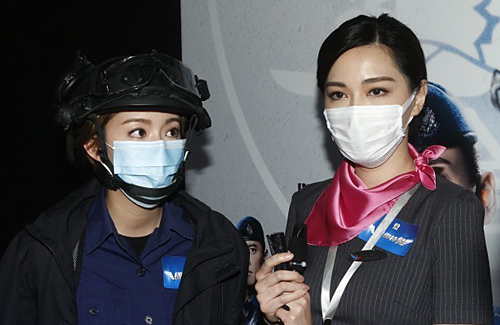