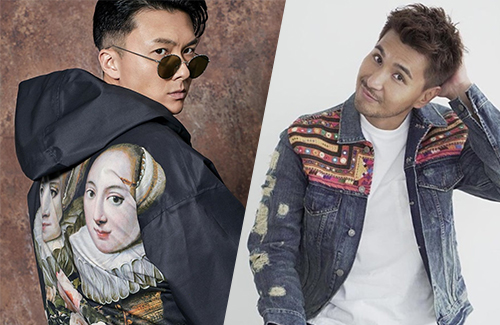 Ruco Chan (陳展鵬) has already secretly signed with a record label, and Vincent Wong (王浩信) will reportedly follow suit. Both actors have made singing debuts prior to achieving success in acting.

The source that broke the news reported that Ruco had specifically requested for TVB to allow him the freedom to sign with any record label of his choice while he was in talks to renew his management contract last year. Ruco had reportedly already partnered up with a new record label, but his reps are delaying the announcement due to the COVID-19 pandemic.

Although Ruco’s introduction to the entertainment industry was through TVB, he chose to sacrifice his acting career for a singing debut after being introduced to musician So Tak-wah (蘇德華) in 1996. 20-year-old Ruco then signed an exclusive deal with PolyGram in 1997. Promoted to be “the second Daniel Chan (陳曉東)”, Ruco recorded four singles with PolyGram before the label was rapidly shut down and bought out by Universal. Hit hard by the 1997 financial crisis, PolyGram canceled its contract with Ruco.

“To become a singer, I had to sacrifice a lot of opportunities that TVB gave me,” said Ruco in an interview. “I even used my own savings to invest in my singing career. I bought clothes and hired an image consultant. I really wanted to be a singer. After hearing that they wanted to cancel my contract, I felt I had lost everything at that moment.”

After going through a few years in limbo, Ruco signed with ATV in 2001, and finally back with TVB in 2008. In 2016, he won Best Actor at the TVB Anniversary Awards for his performance in the popular series A Fist Within Four Walls <城寨英雄>, cementing his lead status in the industry. The drama’s ending theme “Never Know You Are the Best” <從未知道你最好>, which he performed with costar Nancy Wu (胡定欣), was one of the year’s most popular songs, winning popularity awards at various music awards. 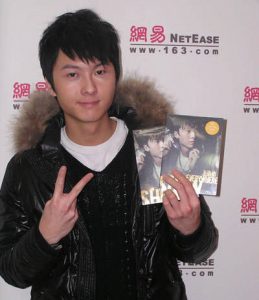 Vincent, on the other hand, debuted in 2005 as a singer under Neway Star, with the single “Signal” <訊號>. He released one album, but the debut failed to gain traction in the industry. In 2007, he signed with TVB to pursue acting. After nine years of playing supporting roles, he shot to fame following his starring performance in 2016’s Over Run Over <EU超時任務>. In 2018, he won Best Actor for his performance in Legal Mavericks <踩過界>. He had his early reintroduction back into the music industry after his single “Unaffordable” <愛不起> — the ending theme song for his 2019 drama The Man Who Kills Trouble <解決師> — won several awards at the JSG Awards, including Best Original Song.

According to the source, Vincent is currently in talks with several record labels for a music industry comeback. He has expressed interest in releasing a new album and having his own concert next year.