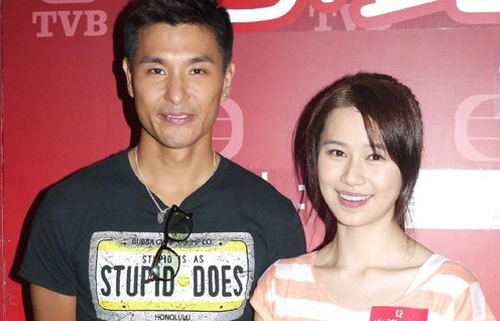 Ruco Chan stars as a young television director who lives with his mother, portrayed by Rebecca Chan. He soon discovers that his producer, portrayed by Louise Lee, is in fact his birth mother. Ruco, Louise, and Rebecca will share a heartfelt “mother-son” triangle relationship.

Priscilla “Fish” Wong, who left her previous management, Sundream Motion Pictures, to join TVB in 2012, will star as Ruco’s assistant director. Priscilla is best known for her hosting gigs produced by i-Cable, and was once dubbed as “Stephen Chow’s personal host.” In 2008, she starred opposite Dicky Cheung (張衛健) in Sundream’s 2008 film The Champions <奪標>, and earned critical praise for her performance.

Although Priscilla had previous acting experience from the films Love Dog Doc <妙狗仁心> and The Champions, Heart Road GPS will be her first television drama. Priscilla is thankful towards producer Lee, and described her feelings as “hitting the jackpot.” However, she added, “But I don’t have enough experience. I’m really nervous! I’m afraid that I will have a lot of outtakes.”

Ruco and Priscilla’s characters will share a hate-love relationship. Asked if he is worried about all the outtakes Priscilla will make, Ruco responded, “She’s filmed movies before! I actually learned a lot from her. I used to watch a lot of her travelogue programs, and she makes me realize that there are still many places that I haven’t traveled to yet.”

Priscilla stepped in and said, “I’m a newcomer! I’m afraid that I will slow things down. When my sifu, Sandy Yu (余詠珊) brought me to see TVB high executives, Catherine Tsang (曾勵珍) told me that I will be guaranteed a character with dialogue. I was not expecting it to be a lead character! I feel like I’ve hit the jackpot!”