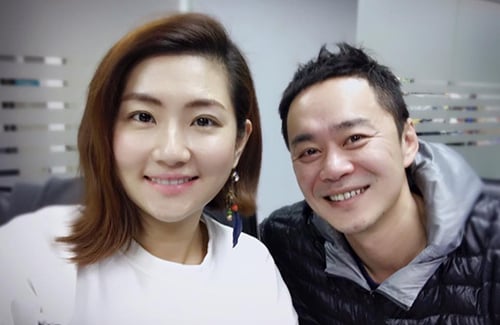 S.H.E member Selina Jen (任家萱) has decided to divorce her husband of four years, lawyer Richard Chang (張承中). She made the announcement through her Facebook on Friday, March 4.

Selina said that although she has become someone’s wife, she has not played her role as wife well enough. “I continued to focus on my work after marriage, and because of that I’ve neglected everything else.”

The popular S.H.E singer then went on to say that she had a big change in her life perspective after her marriage, expressing that she no longer feels love for her close partner of more than nine years. “I no longer wholeheartedly live for love like I did before. That’s why our love has slowly disappeared.”

Selina and Richard were unhappy during their marriage. The problems they’ve had with each other before still persisted. Selina said that it was impossible to “forcibly ask each other to change for the other.”

Though romantic love no longer lingers between the longtime couple, Selina said she still loves Richard dearly as a brother. “The romance is gone, but we still love each other like family, like friends. That never disappeared.”

Selina said it took the couple “quite a while” to decide on divorce. They chose to do so because they did not want to become “strangers who are close”, but instead close friends for life.

“And for this,” she said, “Richard and I will work hard, and take responsibility of our actions.”

Selina apologized to her friends, family, and fans for breaking their hearts, but promised them in return that they would live a even better life.

Richard has posted a similar statement on his Facebook, writing, “I may have lost a wife but I have gained a sister who is closer to me than my own sister. Please do not feel sorry for us. We are happier as brother and sister.”