In TVB for over 12 years, Samantha Ko (高海寧) appeared in four dramas last year but has yet to win Best Actress.  However, her attention-grabbing role in Nothing But Thirty <三十而已> made Samantha an overnight sensation in China, and the 34-year-old has received endless jobs.

Besides endorsing sponsorships and attending various variety programs, Samantha starred in her first Mainland movie, Tan Tan Caused My Breakup <Tan Tan害我分了手> as the female lead. During this time, Samantha also started live-selling on social media with Vincent Wong (王浩信) in China and made seven-figure earnings.

One of the motivations behind Samantha’s intent career focus was her breakup with musician Tang Chi Wai (鄧智偉) last year. Ending their relationship after five years due rumors that Tang Chi Wai had cheated, Samantha is now focusing all her time on working and filming in China to aggressively chase promising opportunities.

With her increased income, Samantha has her eyes set on investing in more luxurious properties. The actress already purchased a home valued at $5.26 million Hong Kong dollars several years ago. 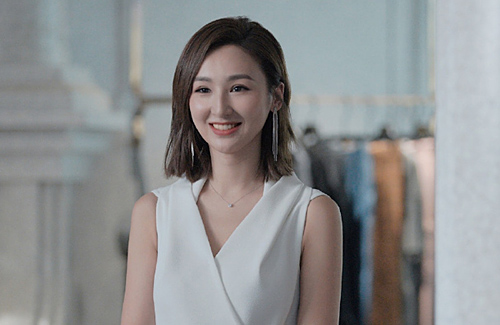 Samantha stays in Beijing for multiple jobs after her popularity peak in “Nothing But Thirty”.