Sammy Sum Likes to Be Evil 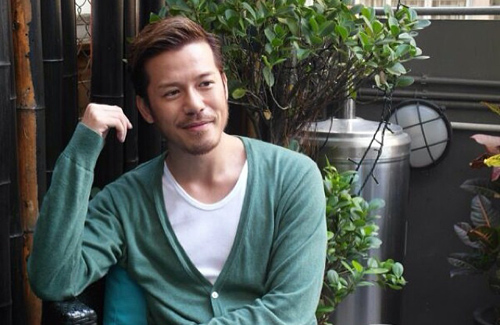 Known for his versatility, TVB actor Sammy Sum (沈震軒) portrayed a variety of different roles over the years – from being a lovesick gangster, to being a crazy artist, to being a professional cop, and more. However, Sammy said his villain roles have left the deepest impression on the audience.

Sammy recalled an incident where an elderly woman walked up to him on the streets one day and said, “I recognize you! You always play villain roles! You are so bad, but your acting is great!”

Often, artistes would decline villain roles because they may tarnish their images, but Sammy said he would not mind accepting more villain roles. Portraying villains allows him to test how it feels like to live a different, more exciting life.

“My family really emphasized the importance of etiquette. If we did anything out of line, we would get punished. Unlike many kids, I didn’t run around a lot when my family and I went out for tea. Once, I messed up the cups and plates, so my father told me to touch the hot tea cup. It was hot so my hand obviously recoiled. That taught me the consequences. That’s why I’m actually a pretty boring person in real life. However, with acting, I get to step out of the closet for a bit and do things and I don’t normally do.”

Sammy is very articulate when it comes to expressing his roles. To compliment his characters, he would make sure to surprise viewers with different appearances. He has tried dyeing his hair for a role, permed his hair, and grown a beard. For his new music video “Dearest” <親愛的>, Sammy dyed his hair to a golden color and grew a stubble to present a manly look.

He admitted, “I actually like to maintain a stubble because it looks more ‘original’. It’s not because I’m lazy, but I find it more comfortable. My facial hair grows really fast. After I shave it off, it would all come back the next day! It’s even more of a hassle to keep it clean!”

For acting, Sammy is willing to take this sacrifice for the upcoming idol drama Cross the Finish Line <衝綫>. To look younger, Sammy decided to present a more clean-cut look.

32 comments to Sammy Sum Likes to Be Evil