After breakout star Sean Xiao’s (肖战) role in The Untamed <陈情令> <陈情令> became a hit among viewers, his popularity soared, and he was branded as the hottest idol with the highest potential for greater success. His commercial value immediately increased, and Sean was offered multiple projects and endorsements left and right. Although he was undoubtedly on the road to stardom, everything came crashing down when netizens boycotted his works because of a censorship controversy caused by his diehard fans. 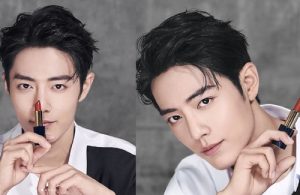 His supporters reported the Lofter app and website A03 to the Chinese government after netizens created a digital picture of Sean as a woman for a fanfiction. The Chinese government swiftly banned many fanfictions on Lofter and blocked China’s access to AO3. This caused an uproar, and netizens began a boycott of Sean’s works. As a result, most of his projects are on hold, and his contract is under review by his agency. This abrupt turn of events could cause Sean to drop to rock bottom and become an 18-line artist.

Although Sean was only collateral damage from the controversy, it is difficult for companies to offer the actor opportunities or continue their collaboration with him when the priority is to make profits. If this incident didn’t occur, Sean would’ve still been highly regarded in the industry and experiencing more fame. He had dramas lined up for broadcast and a film project to begin this year. But many of his collaborations were halted, and most of his current projects are also under significant reconsideration due to the controversy.

Having lost popularity as quickly as Sean gained them in the first place, this unfortunate situation highlighted how good-looking and popular actors are heavily commoditized in the entertainment industry. Since the circle never lacked attractive people with high commercial value, it was easy to put a stop on the promotion of Sean due to his rapid decline in popularity.

Furthermore, Sean does not come from a traditional acting background, so his lack of skills is disadvantageous and makes him even more of an easy target for replacement. With his career facing great uncertainties, there’s a chance he’ll fall back to the lower ranks if the situation isn’t effectively managed.