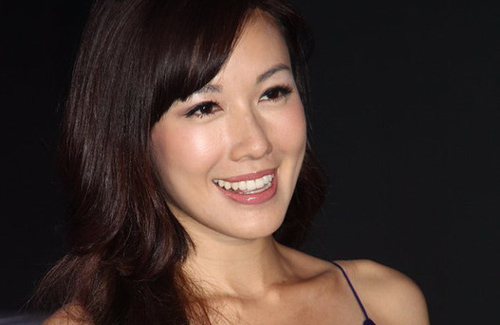 Born in Hong Kong, Selena Li (李詩韻) moved to Toronto, Canada with her family when she was just 6 years old. She later returned to Hong Kong to participate in the 2003 Miss Hong Kong pageant, winning the Miss Photogenic and Miss Talented awards. In a recent interview, Selena speaks about her childhood and how that has shaped her views on love.

Selena has been touted as one of TVB’s top actresses in her long-running television career, but she admits to not having too much ambition. “In work, I’m not too ambitious. I’ll let things run naturally and it is enough that I tried my best. I’m content with how things currently are.”

While the TVB Anniversary Awards may produce rivalry among the station’s artistes, Selena admitted she did not dwell on the TV Queen title. “Awards are passing. If you place too much emphasis on them, there will just be pressure. Learning how to let go will make you feel more free.”

How Her Parents’ Divorce Shaped Selena

Although Selena’s parents divorced when she was a child, this has not deterred her from marriage. In fact, Selena self-confessed to having a traditional, family-oriented mindset, “I believe that marriage is forever and I don’t believe in divorce.” Selena went on to say, “I definitely want to get married but there is no suitable candidate right now. I’ll just have to see what fate brings. As my husband will become a part of my family and be with me for the rest of my life, I’ll have to choose very carefully.”

Selena revealed the qualities she looked for in a partner. ‘The most important thing is that we have to get along well. He has to have filial piety, stability, thoughtfulness and compassion. He must also look after me and be faithful,” Selena candidly shared, “Unfortunately, I’m not sure if Hong Kong men can fulfill that last condition. Hong Kong is filled with temptation, so faithful men are rare. I will have to be even more prudent in choosing my partner.”

Having said that, Selena added that her family is not worried about her single status, as her elder sister is also unmarried. Emphasizing how much family means to her, Selena said, “Although I wish to continue working after marriage, I would ultimately respect how my partner feels about the issue.”

Selena Hopes to Get Married on the Beach

Influenced by her formative years in Canada, Selena’s enjoys being carefree. She is not a fan of the traditional wedding.

“I like the sea and going diving, so perhaps my future wedding will take place in Hawaii or on a small island off the Spanish coast. I want my guests to be able to relax and bask in the ocean breeze, enjoying every moment of the wedding. There would probably only be my closest friends and family. That would be perfect!” Selena enthused.

However, Selena would prefer a more conventional wedding dress, “I would love to get married in a princess-style gown, a sleeveless dress made of lace…something that looks just like what princesses wear in fairytales!”