As a rising actor at TVB, Shaun has been in many high-budget dramas in the past few years. Recalling his filming experience, Shaun admitted that he suffered from slight depression. “Actually, when I was filming this drama, I was dealing with a small bout of depression. I remember one week, in particular, when I was crying and yelling in every scene, every day. As an actor, sometimes, it is not that simple to withdraw from the mindset of a character you are portraying. This is actually quite exhausting for an actor.”

Despite the upheaval of emotions during filming, Shaun continues to love acting. He expressed, “Actually, although my characters in Succession War <天命> and The Stunt <特技人> were portrayed by Shaun Tam, they are actually two completely different people. If you re-watch Forensic Heroes IV <法證先鋒IV>, look at the character that I portray and then look at me now… they are still two different people. I have been in the entertainment industry for many years. I hope that I am many different versions of Shaun Tam, and that I have given each character my best. I will create and bring out the innermost essence of each character I portray.”

Playing a detective in the drama, Mandy also shared about her character. “I believe that my colleagues for this drama would not want to think back about the drama’s storyline, because each of us is personally affected by something in the storyline that is a sensitive topic for us. My character, for example, experiences losing loved ones towards the end of the drama.”

Because of Mandy’s close relationship with her family, the storyline hits a soft spot for her. “When the storyline touches upon things such as family, I would have very strong emotions. My character in this drama is also very emotional. After filming this drama, I had to take a break for six months in order to fully withdraw from my role.” 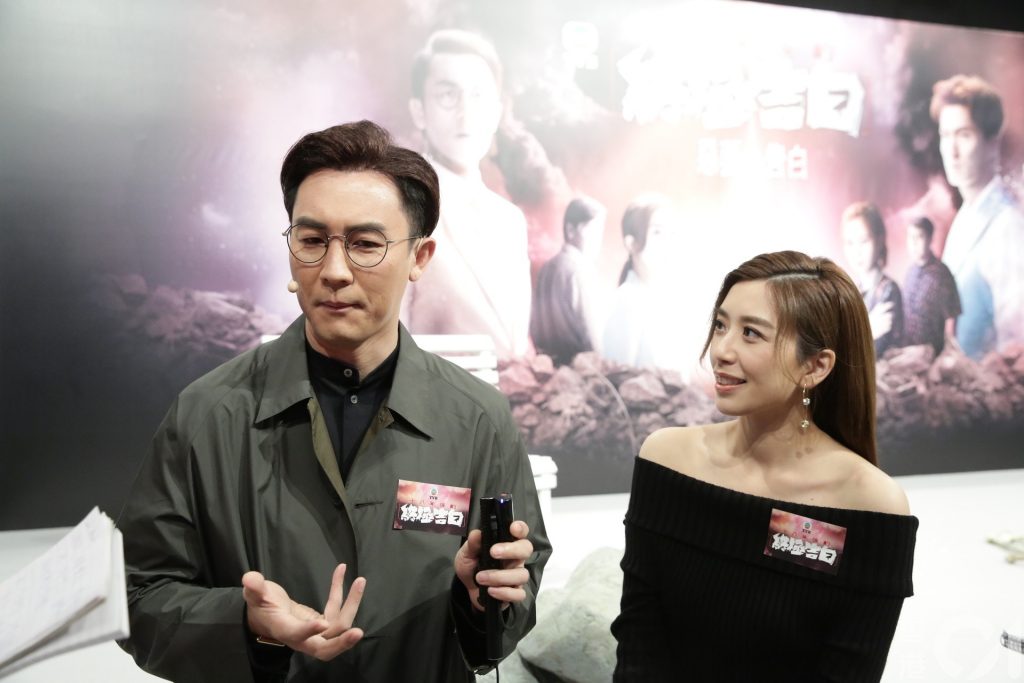