Earlier in April, 28-year-old casino heiress Laurinda Ho (何超蓮) confirmed she is dating 30-year-old Canadian-Chinese actor Shawn Dou (竇驍). Although the couple has been taking a relatively low-key approach, last month, the socialite caused envy when she shared a series of lovey-dovey vacation photos that she took with Shawn in Tahiti. They also reportedly flew to Canada so Laurinda can meet his parents, leading to the speculation that they will tie the knot soon.

Reporters first caught wind of the lovebirds’ whereabouts from the pictures posted on Rida Wang’s (王浩瑞) social media account. Rida is a Canadian-Chinese radio host, and she shares a special relationship with Shawn, who grew up in Vancouver. Even though they’re not blood-related, Rida calls Shawn her “second brother,” and Shawn refers to her as his god-sister. When the media asked Rida how she gets along with Laurinda, Rida joked, “We share him together.”

It is obvious the couple is putting in the effort to integrate into each other’s circle of friends, since Laurinda took Shawn and her own friends to Tahiti last month, and Shawn is introducing Laurinda to his own friends this time around. On top of that, Laurinda seems to be smitten with Shawn. Last time, she publicly mocked herself for waiting for Shawn to get off work like an Amah Rock.

Are wedding bells just around the corner for this pair? 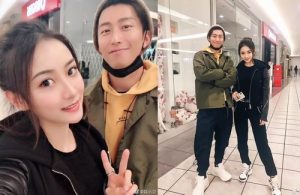 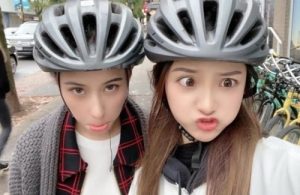 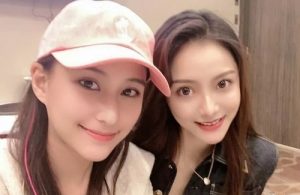