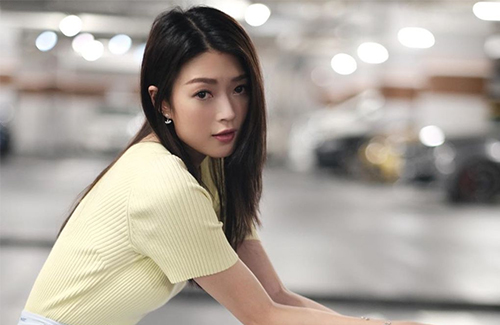 Singer Shiga Lin (連詩雅) became a household name overnight following her critically successful performance in the TVB drama Life After Death <那些愛過我的人>. With her popularity rising, Shiga’s love life has become a target of interest for paparazzi, with many reporting that she’s been secretly dating actor Carlos Chan (陳家樂). But whether or not the two are really together, Shiga has more important things to take care of, such as her own health.

In a recent social media post, the 32-year-old singer announced that she has been suffering from several medical problems, among them sinusitis and a herniated cervical disc. A combination of these two medical diagnoses have led Shiga to suffer chronic inflammation in the jaw and pounding headaches.

“Three doctors later I finally know what my problem was,” wrote Shiga on social media. “It was sinusitis. The doctor said a bone in my nose is displaced. When my immune system gets weak, my jaw bones get inflamed which would give me headaches. A herniated cervical disc further aggravates the inflamed jaw and headaches. Two of my doctors have mentioned to me that symptoms all stemmed from my anxiety.”

Shiga is witnessing first-hand of how mental health affects physical health. Sharing that she has gained new wisdom in her life, she said, “I’ve really gained a lot of knowledge. It turns out that when a certain part of your body is hurting, it could be stemmed from something else entirely. That’s why it’s important to always see things at a deeper level in order to understand and solve the problem.”

Her value towards life has changed as well. “Everything that happens in your life is based on your attitude. It all comes from the heart. Your emotions and your mood really affects your health. Try to relax more, be more grateful, and learn to let go and forgive. You never know what will change your life for the better.”