Shu Qi Responds to Criticism that “The Assassin” is “Rubbish” 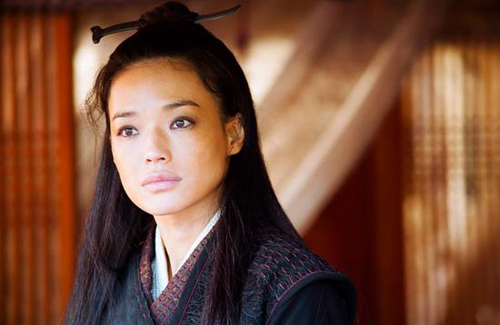 Starring Shu Qi (舒淇) and Taiwanese actor Chang Chen (張震), and directed by award-winning director Hou Hsiao Hsien (侯孝賢), The Assassin <刺客聶隱娘> had a successful start in the cinemas. The movie earned approximately $7.7 million USD at the box office in just over a week. Although Hou won Best Director for The Assassin at the 68th Cannes Film Festival, the general audience’s reception has been extremely polarized, with some reviews giving it high praise and some reviews labeling it “rubbish” and describing it as “pretentious”.

The poor reviews particularly irked Shu Qi, who responded with a strongly-worded post on her Facebook. She wrote, “You may choose not to watch The Assassin if you don’t like it. You may keep watching the film if you don’t understand it, or you may criticize the film all you want. But calling a piece of work that the seniors sacrificed so much time and energy as ‘rubbish’ is too much! If you think the film was pretentious, then you have truly underestimated Hou Hsien Hsian!”

Shu Qi then ended her rant with a quote from one of her favorite film critics, “The director shows enough respect for the audience’s intelligence and is sincerely inviting the audience to interact with the film. We should appreciate that.”

Shu Qi’s Facebook post earned many likes, including ones from her fans, who left comments praising her acting and asking her to ignore the detractors.