Gaining life experiences and wisdom, age seems to be working in the favor of these male Hong Kong actors, who have grown more appealing onscreen than ever, even as they age. 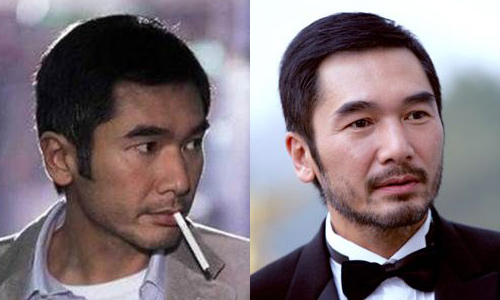 Alex Fong (方中信) has been called Hong Kong’s Richard Gere due to their close resemblance. Alex’s masculine, charismatic appearance and good acting has made him a ratings guarantee. Although his individual facial features are not particularly handsome, his charming gaze and sexy voice have added to his overall masculine appeal.

Born in 1963, Alex Fong has acted in many TVB dramas. In 2002, 39 year-old Alex played a firefighter in Burning Flame II <烈火雄心II>. He won Best Lead Actor at the The 5th Chinese Film Media Award for his role in One Nite in Mongkok <旺角黑夜>. In 2007, 44 year-old Alex romanced then 20 year-old Chinese actress Jenny Zhang (张嘉倪) in Dreams Link <又見一簾幽夢>, an adaptation of Chiung Yao’s (琼瑶) novel. In 2008, he acted in the comedy All about Women <女人不壞>.

That same year, he had a shotgun marriage to Hoyan Mok (莫可欣), and has in interviews called his daughter “big boss” and his wife, his “second boss”.

In 2013, he returned to TVB and played a forensic psychiatrist in A Great Way to Care II <仁心解碼II>, pairing up with Yoyo Mung (蒙嘉慧).  Focusing on the Mainland Chinese market in recent years, his dramas such as The Legend of Mi Yue <羋月傳> have achieved relative success.

Going back TVB to film Law Dis-order<律政強人> in 2016, Alex once again impressed with his handsome and professional image in the show, successfully appealing to female audiences of all ages.

As a dog lover, Alex had adopted an abandoned dog whose plight was shared with him by a friend who manages a charity organization. Naming the dog Jesse, it became a good friend of Alex’s daughter. Although Jesse’s skin disorder did not become better despite continuous treatment, Alex has no complaints and treats him as one of his family. 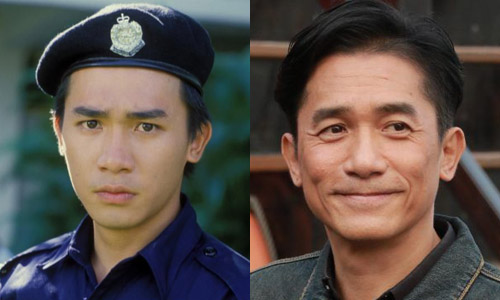 One of Asia’s biggest stars, Tony Leung (梁朝偉) has been in the industry since 1982 and is known both for his good-looks and superb acting. Who can forget his handsome policeman role in the hit Police Cadet ‘84 <新紮師兄> opposite Maggie Cheung (張曼玉) and Carina Lau (劉嘉玲)? Ten years later, 31-year-old Tony once again acted as a policeman in Chungking Express <重慶森林>. His subtle, understated acting style has also made him art-house director Wong Kar Wai’s (王家衛) go-to male lead.

One of his most representative works is In the Mood for Love <花樣年華> in which he again starred opposite Maggie Cheung. In 2004, 41 year-old Tony starred in another Wong Kar Wai film 2046. In 2007’s Lust, Caution <色戒> directed by Ang Lee (李安), Tony’s strong performance helped flesh out the film’s themes of romance, espionage, betrayal and revenge.

In 2016, 53-year-old Tony played a charismatic pub boss who would help urbanites forget about their unhappy romances, and was the epitome of a middle-aged charmer in the film See You Tomorrow<擺渡人>.

Marrying Carina Lau (劉嘉玲) in 2008, the couple doesn’t have any children. 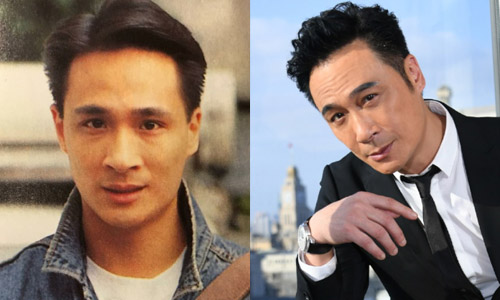 A stalwart in Hong Kong dramas and films, Francis Ng (吳鎮宇) started acting as early as 1982, taking on mostly forgettable minor roles. It was not until the late 1980s that his career took a turn for the better, and he started leading dramas. His big break came in 1997 with period comedy Old Time Buddy <難兄難弟> in which he starred opposite Gallen Lo (羅嘉良). In 2003, he played a suave pilot in classic TVB drama Triumph in the Skies <衝上雲霄>, romancing Myolie Wu (胡杏兒). A decade later, the 52 year-old once again reprised his role in “Triumph in the Skies II”, and was paired up with Fala Chen (陳法拉), who was a good 20 years his junior.

Starring in a repertoire of movies, Francis recently appeared in the Sandra Ng (吳君如) directed Goldbuster <妖鈴鈴> with Alex Fong. He was also male lead in the recent movie Men On the Dragon <逆流大叔>, which told the story of a group of middle-aged men who rediscovered the courage to face life positively through the sport. 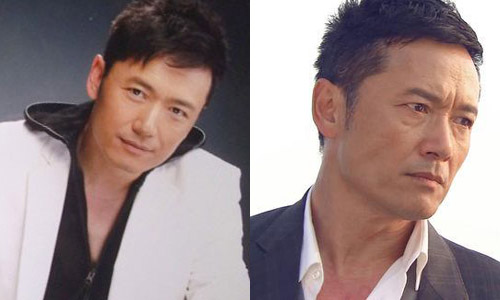 Popularly known as Sam Gor (三哥), Micheal Miu (苗僑偉) is one of those actors whose masculine charms have increased with age. A graduate of TVB’s Artiste Training Class alongside Felix Wong (黃日華), Michael has starred in numerous classic TVB dramas, as well as more recent hits including 2009’s E.U. <學警狙擊>, L’escargot <缺宅男女>, Line Walker <使徒行者> and Flying Tiger II <飛虎之雷霆極戰> holding his own against younger actors such as Bosco Wong (黃宗澤) and Ron Ng (吳卓羲).

Miu has been married to wife Jaime Chik (戚美珍) for 27 years and the loving couple even share a Weibo account “WeareMiu”. 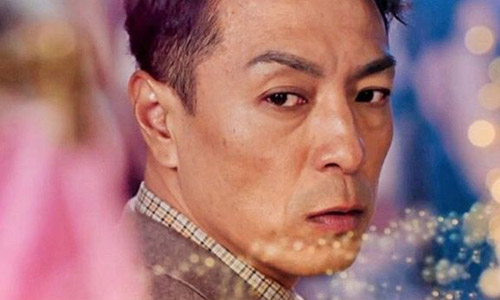 Philip Keung (姜皓文), also known as “Blackie” (黑仔) has been in the movie industry for over three decades. Philip’s acting is widely acknowledged and he won Best Supporting Actor at the Profima International Film Fest and Awards, PIFFA 2017 for his role in Shock Wave <拆彈專家>.

Previously an Asia Television (ATV) artiste, he has participated in many film productions, chalking up involvement in as many as 22 films in two years.

The actor flew with his wife to Penang, Malaysia for her birthday and their anniversary, and cut ten cakes in celebration. Making an impression in movies in recent years, Phillip plays a married man who realizes his true sexual orientation in the 2018 film Tracey <翠絲>. 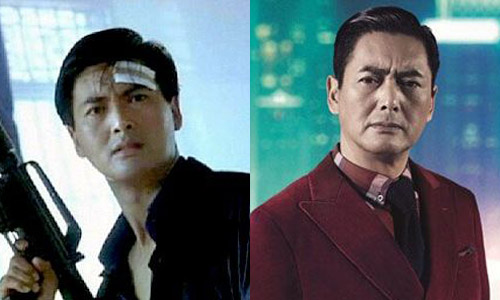 A superstar who has impressed with his down-to-earth manners and humility, Chow Yun Fat’s (周潤發) charms have surely not decreased with age. In 1980, 25 year-old Chow Yun Fat got his breakout role in TVB classic The Bund <上海灘>. Six years later, A Better Tomorrow <英雄本色> once again propelled him to stardom across Asia. 1987’s An Autumn Tale <秋天的童話> saw him romance Cherie Chung (鍾楚紅) while in Prison on Fire <監獄風雲>, he charmed his way to viewers’ hearts. Even at 60, Chow Yun Fat shone with his scene-stealing performance in Cold War II <寒戰II>.