Snow Suen Had Internal Bleeding From Shrinking Belly After Childbirth 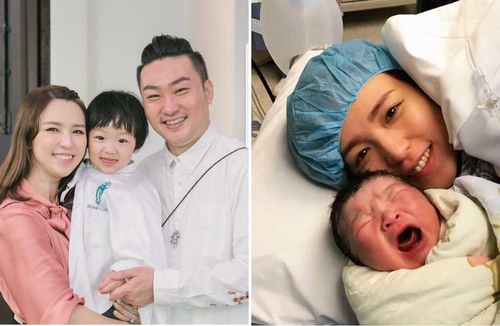 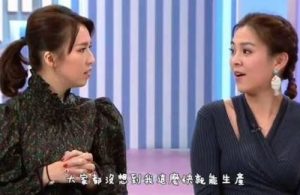 In the latest episode of the TVB program, All Things Girl <姊妹淘> guests Snow Suen (孫慧雪) and Nicole Leung (梁麗翹) joined host Jinny Ng (吳若希) to discuss motherhood. The three mothers all had different concerns regarding prenatal preparation to postpartum care. Clearly, it’s not easy to be a mother!

Among them, Snow said she took nutritional supplements and received progesterone injections to prevent a possible miscarriage. She did everything to safely bring her baby boy into the world.

But after giving birth via a Caesarean section, Snow desperately wanted to slim down, so she used a postpartum belly wrap to shrink her waist one month following childbirth. However, it did not end well. “I was too impatient,” Snow expressed. “As a result, I had internal bleeding. Everyone must be careful.”

Since her son was bigger than the average baby, Snow’s C-section wound was also quite large. Hence, she had to wait three to four months before using a belly wrap again. 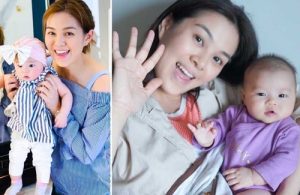 As for Nicole, she began shrinking her belly six weeks after delivering her baby. The constriction made her feel like a mummy, but it was overshadowed by a problem she had with breastfeeding. Nicole revealed she developed mastitis two weeks after giving birth.

She couldn’t pump milk, and she had a fever of over 39 degrees Celsius. On top of the fever and chills, Nicole’s wound and breasts also hurt. She expressed it was more difficult than childbirth. “It was the most difficult period of my life. I laid on the bed every day,” Nicole said.

To help with the mastitis, she hired a professional prolactinist. “After she massaged me, the milk spurted out onto the ceiling!”

It turns out Nicole’s small mammary glands meant they could easily get clogged. Luckily, after one or two months, Nicole did not need the help of a prolactinist anymore.