Steven first announced his engagement and fatherhood back in July, which was met with backlash after his messy private life and infidelity were exposed. Still, Man-man forgave Steven and today, the family of three rolled up at the law firm in a white car. Steven was wearing a suit and carrying his son, while Man-man wore a simple white dress and a gray cardigan. Although they stopped to let the media take photos of them, Man-man refused to remove her cardigan and sported a grumpy face. They went straight into the building for the signing ceremony afterward. Later, Bob Cheung (張彥博) was seen quickly walking into the building to watch the paper-signing ceremony.

Lied to Wife for a Long Time

About an hour later, Steven met with reporters outside of the building to accept interviews. After a while, his wife and son joined him for family portraits. When talking to reporters, Steven promised to show his love for Man-man through action and provide a good environment for his son to grow up in.

He shared, “At the beginning, I lied to her that I broke up with my then-girlfriend April Leung (梁皓恩). When we started cohabiting last year, I already moved out of April’s apartment, but I still had some stuff left at her place and we didn’t break up yet.”

“I know the incident caused a lot of trouble for other people, including my wife,” Steven continued. “A lot of people yelled at our son and us, but I really want to use action to show that I will do better and work hard for my family. I hope that everyone can give me another chance, and I want to apologize to everyone I disturbed.”

Man-man hesitantly said “thank you” after reporters urged her to comment on Steven’s speech.

Hope Twins Will Forgive Him

After the Mid-Autumn Festival, Steven will return to the Mainland to film for a month. However, he admitted his work was definitely affected by his cheating scandal. “I hope I can continuously do better. I reflected a lot in the past month that I was at home taking care of my wife and son. I cooked all three meals daily. I’m grown now so I can’t afford to make any more mistakes. I have to thank my friends who have not given up on me.”

Steven admitted he didn’t tell his BOYZ partner Kenny Kwan (關智斌) about today because he didn’t want to bother him anymore. “I wanted a small thing with just my family. Give us one year to save up for the banquet,” Steven said.

As for Twins, he expressed he can understand that they unfollowed him on Instagram because they’re mad. “We’ve known each other for a long time,” he shared. “I want to apologize to them for making them so angry and unhappy, but I hope they can forgive me.”

He added that he’d contact them further down the road after the matter settles down. “I will apologize to each personally individually,” Steven promised.

His Sister Did Not Attend

Steven’s father and Man-man’s mother served as witnesses, while his mom was in the Netherlands. His sister Jan Cheung (張詠恩) couldn’t make it in time due to prior commitments. To celebrate the happy occasion, the couple will have dim sum with their family and enjoy a candlelight dinner at home. 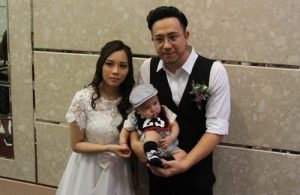 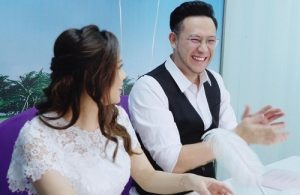 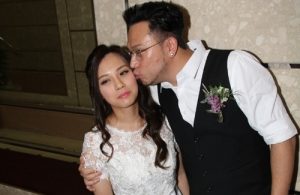 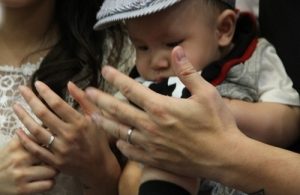 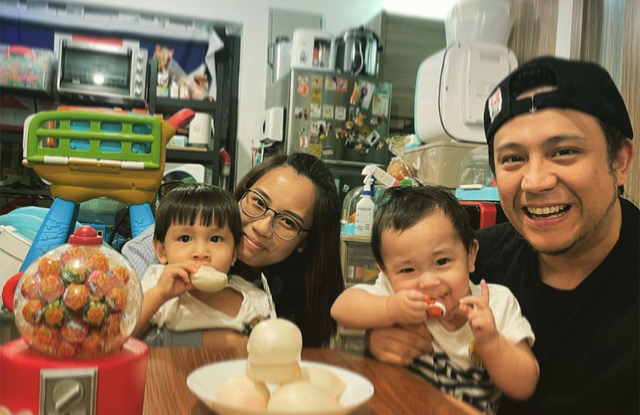