Synopsis of “The Confidant” 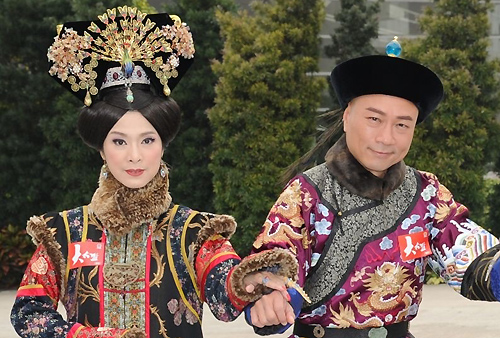 TVB Anniversary series, The Confidant <大太監> will make its debut on November 5. Wayne Lai (黎耀祥) stars as Li Lianying, the most powerful eunuch during the twilight of the Qing Dynasty, while Michelle Yim (米雪) portrays the Empress Dowager Cixi.

Hailing from a very poor family, Li Lianying (Wayne Lai) and An Dehai (Raymond Cho) were sold to the imperial palace as eunuchs when they were young boys. The two learn from an elder eunuch Lau Dor Sang (Chung King Fai 鍾景輝) and they grow up as good friends. Both end up as the two highest ranking officials for Empress Dowager Cixi (Michelle Yim).

Unfortunately, Dehai is tempted by the palace’s materialistic and luxurious lifestyle, and his friendship with the prudent and careful Lianying starts to drift apart. When the head of the eunuchs, Chan Fu (Elliot Ngok 岳華), notices both Dehai and Lianying are gaining power and the Empress’s favor, he worries that his position may be at stake, and decides to get rid of the two at all costs.

When Emperor Tongzi (Oscar Leung 梁烈唯) decides to determine the next empress, Empress Dowager Ci’an (Maggie Shiu) is worried Dowager Cixi will attempt to clutch even more power. Ci’an forces Cixi into a helpless situation, with the assistance of the Emperor’s uncle, and several of his advisers.

Throughout the palace’s power struggles, the only person to preserve his loyalty to Empress Dowager Cixi is Li Lianying.

27 comments to Synopsis of “The Confidant”