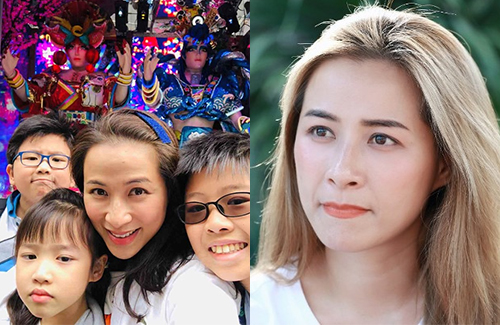 Known for her voluptuous figure, 44-year-old Teresa Mak (麥家琪) was a prolific actress in Category III films during the 1990s. But her start to fame was controversial—though she successfully auditioned for the Miss Hong Kong Pageant at only 17 years old, she was dropped from the competition when a magazine published nude photos of her, which were taken when she was only 15 years old. Because she was a minor at the time, the scandal ended up in court.

Now, over 20 years later, Teresa is a happy mother of three brilliant children, and her oldest son, Johan, is already 12 years old.

Over the years, Teresa has cut back on her onscreen work to focus on her family, but no matter how hard she tries to put the past behind her, sometimes it is very difficult to completely let go of past mistakes. 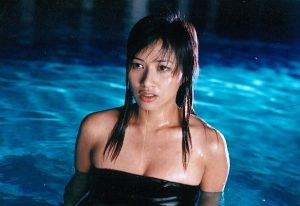 She shared that her eldest son, Johan, recently discovered her past revealing photoshoots, some which she took completely naked. Her son asked, “Why would you take these kind of photos?” Overcome with anger and emotion after hearing Johan’s disgenuine question, Teresa slapped him.

“I told him, no matter what, I am still your mother,” she said. “Why are you sounding like them?”

That scandal was so emotionally triggering that Teresa would still get nightmares about it. She has regrets, but she also acknowledges the value of making mistakes. “I explained to my son that I was being rebellious. I wouldn’t tell my parents anything. We didn’t communicate, and that’s why that happened. I don’t want this scenario to repeat. I don’t want my son to make the same mistakes that I made.”

Teresa emphasized the importance of finding balance in life—whether it’s in relationship with families, or relationships with oneself. “When you’re in a family, you are bound to hear some disgusting things, and that’s why you need to find balance. That just has to happen.