Touted as the male star with the best looks to lead historical drama series, The Untamed <陈情令> star Xiao Zhan (肖战)—also known as Sean Xiao—is a new force to be reckoned with. After only three years in the industry, the 27-year-old has already found a representative work in The Untamed. With his next work being The Oath of Love <余生，请多指教> with Andy Yang (杨紫), Sean will be dominating the nation’s TV screens in no time.

Here are 12 secrets about our new rookie star!

Secret 1: Sean was the male god of his campus

Sean was the textbook definition in how to be the king of his school: he extremely involved in extracurricular activities. When part of the choir team at Chongqing Technology and Business University, his alma mater, and had received several awards during his time there: The Top 10 Best Singers of Chongqing and the Top Ten Best Singers in Campus. In an interview with Sean’s younger classmate, she said Sean would go wherever there would be a crowd, such as the food court. Another classmate said she knew he was destined to be an entertainer after hearing him sing “Christmas” <聖誕節> by Eason Chan (陳奕迅).

Sean’s parents originally wanted to name him “Xiao Zan” (肖贊), but was afraid that the character zan (贊; “to support”) would be too difficult to write. His father then changed it to zhan (战; “battle”), becoming the Xiao Zhan we know today.

Secret 3: He’s been drawing since he was 8

In a recent interview, Sean revealed that he started drawing since he was eight years old, as his father has always supported him to cultivate his interests. Sean has also learned the violin.

Secret 4: He started his own designer workshop

Sean studied design in college; in his sophomore year, he and his friend created a designer workshop, where they do small projects such as creating logos and VI. The workshop also has a photo studio, in which Sean does his own photography work. 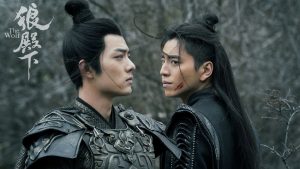 Although it was The Untamed that had pushed Sean to fame, the actor said he didn’t start to truly understand what it means to act until he started work on The Wolf <狼殿下>, his upcoming series with Darren Wang (王大陸). He had to go through constant training: filming in the day, courses at night. He also had homework, which is to write reflections on performing. With the amount of work and stress, he almost had a mental breakdown, but is grateful of the experience.

Secret 6: He has an ideal type

When it comes to his ideal type, Sean said he likes “gentle and soft family [girl]” types with some spunk and confidence. Isn’t that a bit too specific?

Secret 7: He’s a black hole when it comes to games

The Untamed crew members like to call Sean as the “black hole” of games. His costar Wang Yibo (王一博) has made fun of him for always losing in their game of “Rock, Paper, Scissors.” 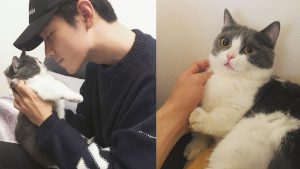 It’s no secret that Sean has a love for cats; his own cat is called “Nut.” His character in The Untamed hates dogs, but Sean himself has said that he actually really likes dogs. His reasons for choosing to get a cat instead is because cats are easier to take care of, but he would like to adopt a dog someday.

At only 27 years old, Sean isn’t considering marriage yet, but the actor did mention that he would like to get married by 35. Right now, his career takes precedence.

Sean gives the impression that he is quite introverted and passive, but he said he’s always been the kind to protect when it comes to love. If he comes across someone he likes, he would take the initiative to approach that person, see her everyday, and then confess his feelings.

Secret 11: He has gentleman hands 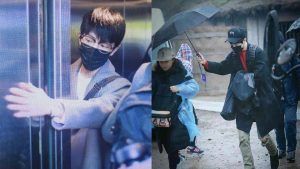 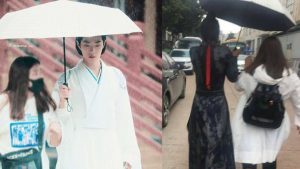 Sean doesn’t have many anti-fans, and that’s not hard to believe, because it’s hard to find anything to hate him in the first place. He is known for having a pair of “gentleman hands”—whenever someone needs help, Sean would always lend out a helping hand, regardless of who that person is. He’d even help his assistant! 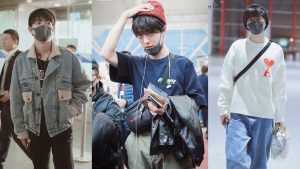 Perhaps because Sean has a background in design, but he has never fallen short when it comes to fashion. Sean is very well put together, and his fashionable yet down-to-earth airport appearances would always become hot topics.