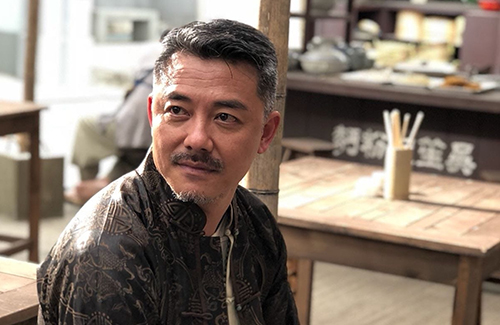 The period drama, which is set in 1900’s Hong Kong, is not Keith’s first TVB drama since his return to Hong Kong television, but it is the drama that has pushed the 53-year-old to reach unrivaled popularity in the online world, especially among the gay community. 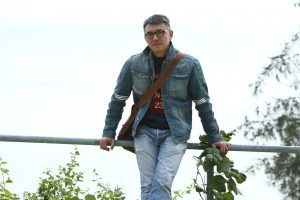 With his comeback supported by many netizens, Keith expressed his thanks to the online community through the press. At a cast dinner for the show on Thursday, he shared that he’s received many messages from his fans about his performance in the TVB drama, and shared that overseas fans are starting to call him a tian cai (天菜), an online buzzword for the gay community meaning “heavenly type.”

“Many Taiwanese fans are calling me a tian cai, which means male god in the gay community,” shared Keith. “This all started to happen after the broadcast of [The Ghetto Fabulous Lady]. In just a day, my phone was exploded with hundreds of Facebook notifications. There were people from all over the world trying to friend me, including white people, Indians, Burmese, and Indonesians. I found it strange—how did they understand Chinese? Of course I’m happy by all the love, but my phone just wouldn’t stop ringing. One foreigner even messaged me, saying that he was sorry as he didn’t know I had a wife with kids. He thought I was gay. I think I had about 500 to 800 people on Facebook trying to add me in one day. Most of them were men.”

Keith was a member of TVB’s first graduating class in 1985 and was best known for his multiple appearances in Hong Kong cult films such as Ebola Syndrome <伊波拉病毒>.