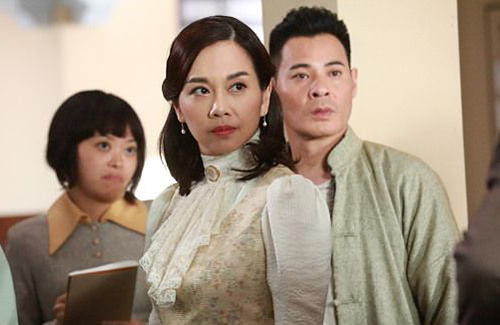 Set in the 1920s, this detective comedy series emphasizes the class differences during the Republican era. Adia will be playing the First Lady who must transition from riches to rags after her husband’s disappearance. She later becomes the female Sherlock Holmes solving mysteries in her time.

Unfortunately, The Defected <鐵探> has been moved back from its April broadcast date. The police drama stars Kara Hui (惠英紅), Ben Wong (黃智賢), Philip Keung (姜皓文), Benjamin Yuen (袁偉豪), and Benz Hui (許紹雄). The story highlights the dynamics and power struggles within the police force and sacrifices that must be made to defeat the triads.