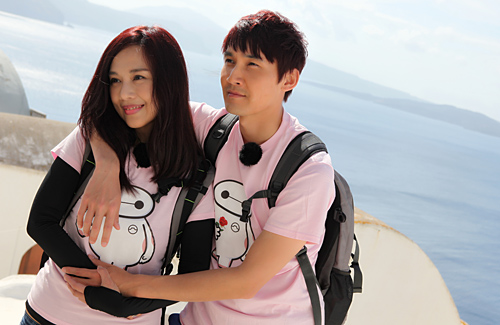 Adia’s husband, who is six years her junior, stood by her fully when she faced a health crisis and fell into depression.

Forty-eight-year-old Adia Chan (陳松伶) switched her focus to the Mainland Chinese market in 2000. Besides career opportunities and wealth, she also met and married her co-star, Zhang Duo (張鐸), from the 2006 Chinese drama Blood is not Cold <血未冷>. Although he is six years her junior, Adia praises her husband for being mature and a very responsible person.

At the start of their dating relationship, Zhang Duo had already created a 10-year plan for their future. “I remember seeing a document on his writing desk then, and realized it was all yearly figures and financial investments. Afterward, I questioned him but he was very mysterious about it. Turns out it was a plan for the next 10 years and beyond. For my career, I would at most set a one-year target, but he had been planning and preparing for more than 10 years ahead into the future. That was really touching,” shared the actress.

Took Care of Her Wholeheartedly

When she met Zhang Duo, Adia was experiencing low points in her family, career and health. At that time she was diagnosed with an ovarian tumor and could not even afford surgical fees, prompting her to fall into depression. Luckily, Zhang Duo stayed by her side unconditionally and supported throughout the ordeal.

During a performance last year, Adia dedicated a song called “That Man” <那個男人> to her husband. “He gave me the support to carry on when I was at my most painful, working hard every day so I could rest at home peacefully for four to five years. At that time I didn’t know if I would become uglier, but he never once gave up on me, giving me the reassurance and peace-of-mind I needed to recover. I will journey together with him hand-in-hand for the rest of my life,” she declared. 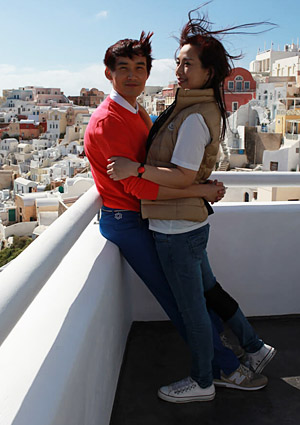 Entering their 13th year of marriage, the two are often separated long distance due to their work. But Zhang Duo is as caring as ever, and the couple made a pact not to be apart for longer than two weeks.

“It has been twelve years since we first knew each other, there is a lot of trust between us. We have no secrets at all, whether it’s (what’s on) our mobile phones or when it comes to our friends. At the very least, we would not second-guess each other. Honesty is the best connection. In terms of both age and mentality, he is more mature and logical. I especially dislike men who nag. We seldom bicker and discuss big and small matters at home, with me having the final say,” shared the actress.

“Like I Was Being Taken Care of by My Parents”

Adia said, “He would take care of every aspect very well, making me feel as if it were my parents caring for me. He would always ask me if I’ve had my meal, and encourage me to go exercise every day because he loves exercising.”

As her husband loves golf, he would buy a set of golf accessories for her, hoping she would join him. However, Adia would make excuses not to go along, suggesting that she hates the glaring sun, which she has to put up with during outdoor filming.

Despite this, Zhang Duo would join Adia for yoga and ignore the stares from their class of female participants. “There are words which I don’t want to say for fear of him becoming complacent, but he is really my (pair of) wings!” shared the actress.

When interviewed, Zhang Duo praised Adia for being a good wife, sharing that their relationship is not restricted by their work commitments although the couple is often apart. To him, personalities and interests, and trust and respect are key to good communication. “In my heart, Adia is a very, very good wife. She has an upright temperament, while other areas such as literary accomplishment and performing talent are skills that can be nurtured, a person’s moral compass and temperament are hard to alter. These are (what’s most) important to me.”

9 comments to Adia Chan: “My Husband Gives Me Wings”