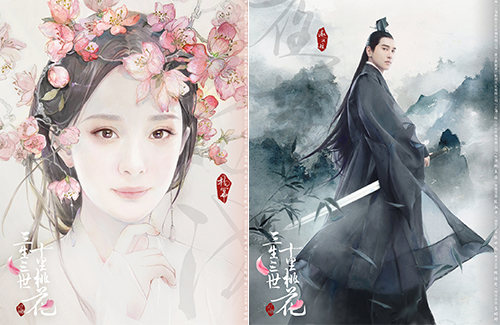 The drama, directed by Lam Yuk-fan (林玉芬), is adapted from the novel series of the same name and stars Yang Mi (杨幂) and Mark Chao (赵又廷) in lead roles. The drama, at 58 episodes long, will premiere on Zhejiang TV and Dragon TV on January 30.

The studios recently released a series of stunning character posters designed by ENO, a watercolor illustrator. The posters capture the elegance and grace of their characters through traditional water art, echoing the tone of the series and the original novel.

Check out these beautiful posters by ENO below!