Hong Kong actress 36-year-old Toby Leung (梁靖琪) married boyfriend of two years, 29-year-old Jonathan Sze (施雋賢), on June 28. As her husband works outside the entertainment industry, the couple chose to hold their wedding ceremony in a low-key manner. It wasn’t known to the public until Toby posted her wedding photos on Instagram and announced, “I married the love of my life”.

Toby was briefly married for one year to rich second generation Aaron Wong, but they divorced in 2012 with rumors that she was unable to put behind her partying habits, which hurt their marriage. Attributing her split to the reason that they didn’t know each other too well due to a short dating period, Toby found a stronger bond with Jonathan. The bride had once said, “Being deeply loved by someone gives you strength, and loving someone deeply gives you courage.”

When asked why Toby only has three bridesmaids, the bride said, “I wasn’t biased. I let them decide and only three friends were able to stay with me the whole day.” Nevertheless, the 36-year-old bride is still happy to have most of her close friends and family present. She also feels immensely loved and was moved to tears when Jonathon made his surprisingly speech to Toby and her family on how he will cherish their marriage.

The newlyweds eventually want to have two children, and their parents also desperately wish to hold their grandchildren soon. 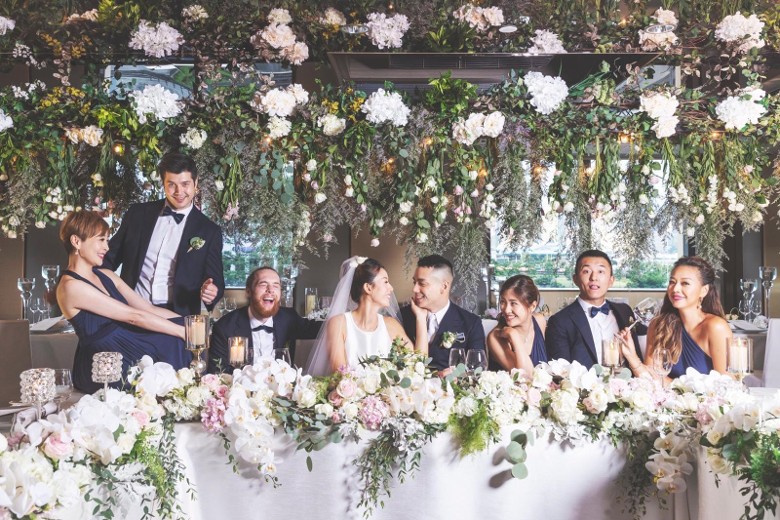 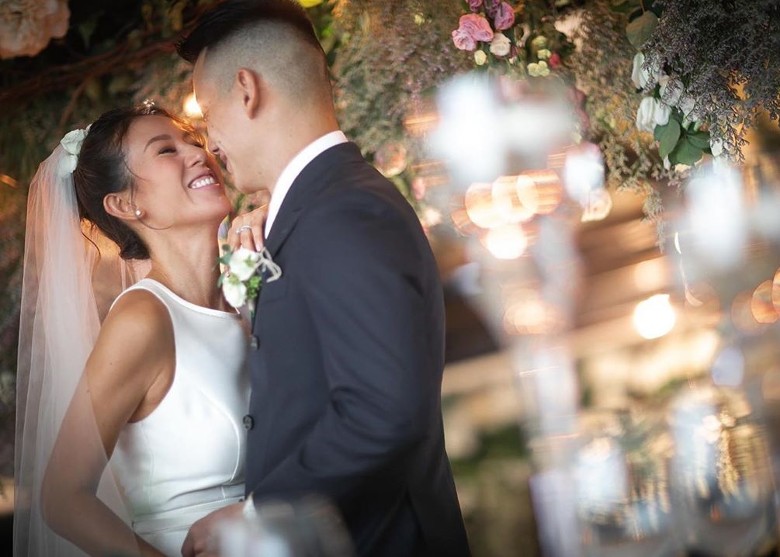 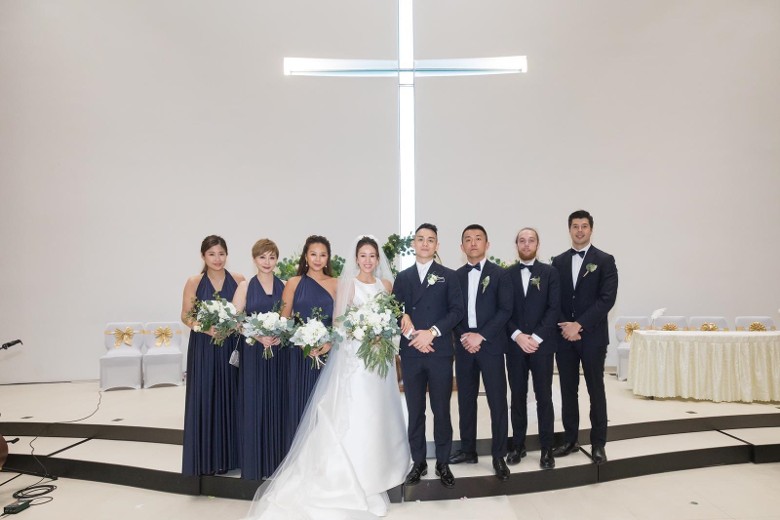