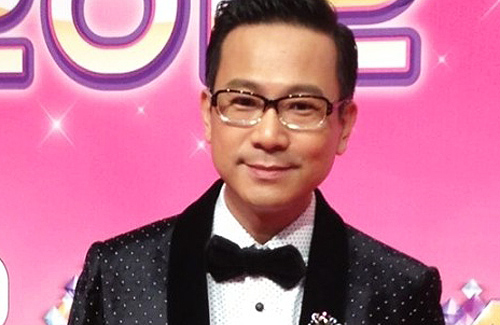 In a public event attended by Raymond Wong (黃浩然), Power Chan (陳國邦), and Mimi Lo (羅敏莊) a few days ago, Mimi announced that she will not renew her contract with TVB when it expires in August 2013. Asked if her husband, The Confidant <大太監> star Power Chan, will renew his TVB contract when it expires at the end of the year, Mimi said, “The managers have not discussed renewing his contract with him yet, unless they are afraid that he is planning to leave as well. I don’t think TVB thinks he’s very important to them anyways.”

Thanks to Mimi’s words, TVB got the message. The following day, TVB management had a long meeting with Power, discussing the details of his contract renewal.

Power confirmed that such a meeting had taken place, and added with a chuckle, “[TVB] responded fast after that report of Mimi was published. A few days ago, TVB approached me to discuss about my new contract.” Asked if TVB had offered good conditions in his new contract, Power responded, “I attach importance in my chances for development. It doesn’t matter how much money they offer me – if I have nothing to do, then that will just be a waste of time.”

Regarding Ha Yu and Kingdom Yuen’s criticism on TVB management, Power said, “Mr. Au [TVB executive] earlier announced that we will all get bonuses, and told us to give the company some time to change its culture. I have seen improvement.” Power also revealed that TVB will not require Mimi to fulfill her leftover shows after she leaves the company, explaining that TVB has already lessened the rigid conditions of artist contracts.

Now that the TVB Anniversary-nominee star has proven himself a strong asset of the company, we can expect to see Power’s career to skyrocket in the future!