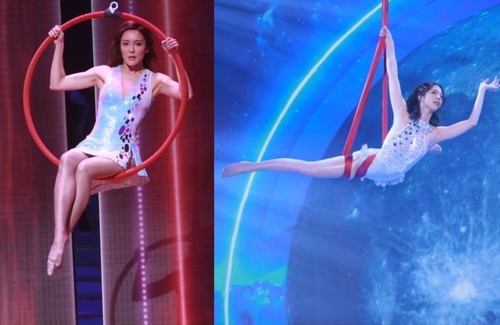 Although TVB’s 52nd Anniversary Gala <萬千星輝賀台慶> was scheduled to broadcast live on the evening of November 19, TVB suddenly canceled the annual show due to traffic and safety issues. On-site arrangements for guests and media interviews were also canceled. Instead of broadcasting the show live, TVB showed a pre-recorded taping of the show, which was renamed to Cherish Hong Kong, Distribute Entertainment TVB 52 Years <珍惜香港發放娛樂TVB 52年> and filmed the night before. It is the first time in 31 years that the anniversary show did not have a live broadcast.

Liza Wang (汪明荃), who is one of the show’s hosts, said, “The recording last night was fine. Everyone was fully invested, and the results are very good. We are all professionals.” 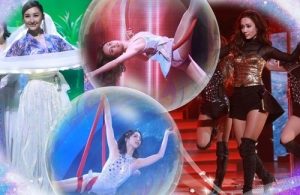 Viewers can look forward to diverse games and performances put on by TVB artistes. The most eye-catching segment of the whole night was the dances and aerial acts by the female artistes.

Grace Wong (王君馨), who has always been able to dance well, wore hot pants and a low-cut corset to put on a steamy dance performance. She swayed her hips, put her butt in the air, and did a split while accompanied by four half-naked male artistes pole dancing in the background.

Equally as captivating was Kelly Cheung (張曦雯), who looked mesmerizing in a figure-hugging costume on the aerial hoop. She successfully performed splits midair and held various poses despite practicing for only six hours before going on stage. However, she was happy with her performance, which she said was her best yet.

Hera Chan (陳曉華), Kayan Choi (蔡嘉欣), and Sharlene Wong (王虹茵) also put on an aerial performance. They performed aerial yoga while spinning in the air and doing splits. The whole audience looked on tensely while the three women were in the air.

As for Samantha Ko (高海寧), she showed off her elegance in a Chinese ribbon dance, which her Miss Hong Kong juniors also participated in. 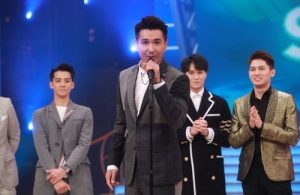 Aside from dancing and challenging acts, there was also a singing game segment. As one of the participants in the game, Ruco Chan demonstrated his fast thinking and vocal abilities. He was also the judge for the fast Q&A segment.

“This year is TVB’s 52nd-anniversary show,” he said. “Hong Kong people grew up accompanied by TVB more or less. I hope every year’s anniversary show, including today’s, can bring Hong Kongers warmth and happiness, allowing them to forget their troubles and be happy.” 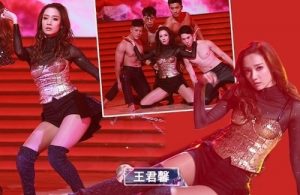 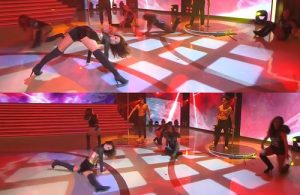 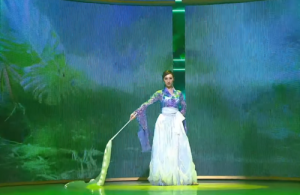 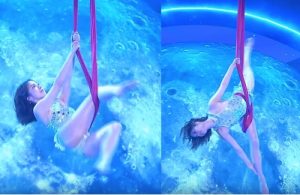 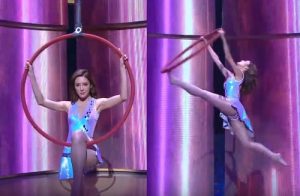 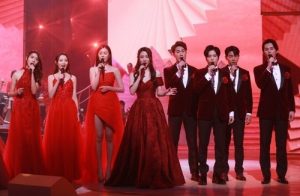