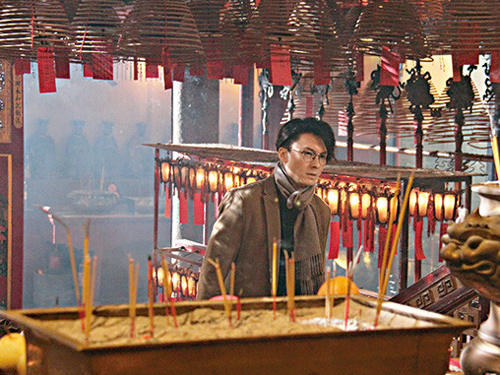 Vincent is in top shape for his undercover role alongside Owen Cheung.

Celebrating his 37th birthday recently, Vincent Wong (王浩信) continues to dodge questions about his marital status with his wife Yoyo Chen (陳自瑤). Despite this, the TVB Best Actor is seemingly enjoying the prime of his career, filming one drama after another and was spotted on the set of Detective Investigation Diaries <刑偵日記> recently.

In the drama, Vincent and portrays a Special Duties Unit police officer who goes undercover to infiltrate a triad for criminal evidence. Complicating the situation, Vincent’s character inherits his mother (Kara Wai‘s 惠英紅) multiple-personality disorder and he gets romantically involved with Mandy Wong (黃智雯) and Venus Wong (王敏奕) under his different personalities. 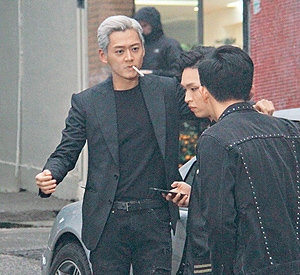 In a recent scene, Vincent appeared at Wenwu Temple with Kelly Fu (傅嘉莉) and veteran actor Henry Yu (于洋) filming around the temple’s exteriors. On the set, Vincent showed himself to be very obliging when assistant stylists worked on his hair. He also promptly put his face mask back on after rehearsing the script once with other cast members. Arousing the attention of curious onlookers at the temple, the actor was friendly when fans whipped out their phones to take photos of him.

No stranger to undercover roles, Vincent had a similar role in Al Capuccino <反黑路人甲>, an upcoming drama set to air in August which also stars Owen Cheung (張振朗). In the drama, Vincent portrays an actor invited by the police to infiltrate gangs and later successfully climbs up the ranks to become a prominent leader within the triad.

This article was revised on August 2, 2020 at 4:47 p.m. to correct the cast info for “Detective Investigation Diaries”.