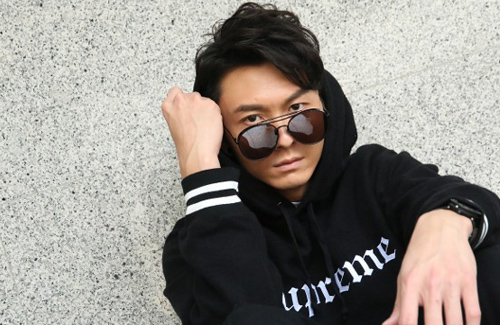 Although Vincent Wong (王浩信) did not win the TVB Best Actor award this year, his performance in Over Run Over <EU超時任務> was praised. In an earlier interview, Vincent spoke about his sacrifices for the role, including how he had suffered a panic attack.

While filming a car chase scene for Dead Wrong in February, Vincent lost control of the car and crashed into a larger vehicle, sustaining injuries to his forehead and hands. He admitted that he had Post-Traumatic Stress Disorder after the accident. Although he returned to work shortly after being released from the hospital, Vincent suffered a panic attack during filming and ran off the set. Frozen on his knees, Vincent recalled being unable to utter a sound and did not want help from bystanders. Despite so, Vincent did not consult a psychiatrist. “I did a physical checkup, but did not go for a checkup on my mental and emotional state. Because I have experienced depression in 2012 and went to see a doctor at the time, I knew how to handle it. Fortunately, I was fine when the drama finished filming.”

Vincent admitted that his wife, Yoyo Chen (陳自瑤), was extremely worried after the car accident. “Actually, after the accident, I had an epiphany. I saw [my wife] come in to visit me. She looked at me with tearful eyes and thought I had suffered a serious head injury. She was very worried. Every day, she would ask whether I had to do anything dangerous [for work].”

Vincent’s hard work has not gone unnoticed, and his career and popularity continue to rise steadily.