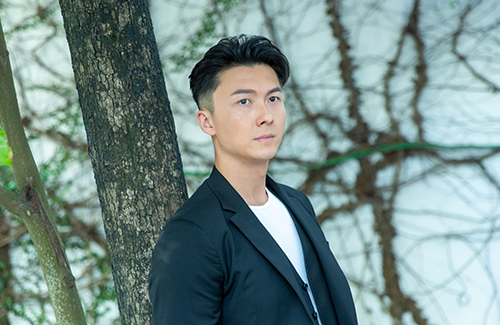 Since winning TVB Best Actor in 2017, Vincent Wong (王浩信) has consistently been praised for his performances, including this year’s black comedy Al Capuccino <反黑路人甲> and currently airing Legal Mavericks 2 <踩過界II>. Hoping to expand his career horizons in China, Vincent signed with TVB sister company Shaw Brothers as the studio is known to cater its web dramas towards the Mainland Chinese market.

Traveling to China recently and finishing the mandated 14-day quarantine, Vincent attended a press conference to promote Shaw Brothers’ new drama The Impossible 3 <非凡三俠>. The mini drama, which is capped at six episodes, also stars Chilam Cheung (張智霖) and Samantha Ko (高海寧), Bosco Wong (黃宗澤) and Chrissy Chau (周秀娜). At the press conference, Samantha was met enthusiastically by fans who loved her performance in Chinese drama Nothing but Thirty <三十而已>.

After the conference ended, Vincent immediately rushed off to Yunnan to prepare for his latest movie where he will act as a member of the Special Forces Unit. Due to the strenuous nature of the role, Vincent hired a personal trainer to sculpt his physique and increase his stamina. During the quarantine period at the hotel, Vincent did not slack off and continued to exercise rigorously. Many Chinese companies invited him to attend events, but he had to decline due to his packed schedule during this trip.

This seems like the golden time to increase his opportunities, since Vincent can be seen in his signature role as a righteous blind lawyer in Legal Mavericks 2, which will likely earn him another Best Actor nomination again. He said, “I definitely wouldn’t mind winning again! However, I have two dramas in the running this year. If I get nominated for both, I wonder if that will split my votes and weaken my chances of winning? It’s still a form of encouragement whether I win or if the drama gets an award.”

Working with Owen Cheung (張振朗) for the third time in Legal Mavericks 2, Vincent said they are already like old friends. “When we were filming Al Cappucino, we were thinking of how we could keep things fresh but realized that once we are together, we always create new chemistry. When we were filming for Al Cappucino, we were passionately dating and now we’ve gotten to the stage where we are married and very comfortable with each other.”

Known for his great physique, Vincent often shows it off in most of his dramas, including a shower scene in Legal Mavericks 2. “My character was skinnier in the first drama, so I’ve tried my best to maintain my weight. The hardest part was that we had to film 21 consecutive days of courtroom scenes where we had multiple pages of script to memorize. Right after that, I had to film the shower scene with Owen, so for the last five days of the courtroom scenes I tried my best to not drink any water or eat in order to maintain my physique. It definitely took a lot of perseverance.”