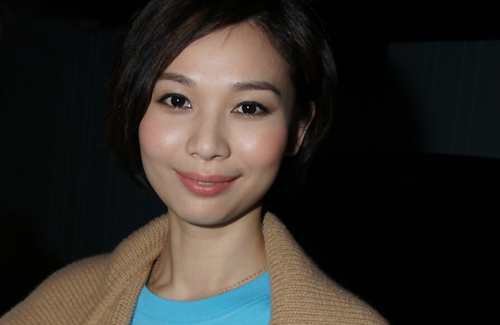 Vivien Yeo (楊秀惠), who is currently filming TVB’s Outbound Love <單戀雙城> in Malaysia, shared on Weibo that her family’s car was forcefully stolen yesterday afternoon. Vivien’s younger sister Fiona (楊琇靈) was injured during the theft. Vivien is furious aover the theft and has crowdsourced on social media to help locate the missing car.

Vivien, who is originally from Malaysia, was looking forward to spending time with her family during this work trip. Vivien’s mother, younger sister, and nephew were on an outing at a shopping mall located in Johor Bahru. An unidentified man appeared and yelled for Vivien’s younger sister Fiona to get out of the car. Fiona was injured and the car has been missing ever since.

Vivien is seeking help on the Internet to quickly locate the missing car. In her Weibo post, Vivien shared her sister’s Facebook messages and asked everyone to spread the information. “The car was stolen at Bukit Indah Jusco. Just now a Facebook friend said the car was seen near Pelangi. Malaysian friends please spread this information! I hope we can find [my sister’s] car.” Vivien also provided the car’s license plate number and described it as a red BMW coupe.

Vivien’s family has contacted the police regarding this matter. The actress is furious about the incident and ranted on Weibo, “Luckily [my sister’s] baby was not in the car, otherwise I really wouldn’t know what to do. My sister was in the car however, and that person yelled for her to get out of the car! I am really, really angry. Is there justice in this world?”

Some friends suggested that Malaysia is becoming less safe due to the upcoming general elections, referencing an earlier incident where a mother was stabbed to death while out jogging with her daughter. Vivien expressed pain over these news. “I saw [the news]. I feel very hurt. Why has it become this way? Why?”

Although the case remains unsolved, Vivien is thankful for public help and support, and hopes that her fans and friends will take precautions to avoid becoming victims to senseless crimes. “Even though there has been no progress, my family and I are very grateful for everyone’s help. Here I would like to remind everyone to be vigilant at all times. Be careful, especially for women. Try to avoid going out alone. I wish everyone will remain safe and peaceful everyday.”

Vivien’s Outbound Love costar Aimee Chan (陳茵媺), who was rumored to be sexually harassed on set, was asked to comment on the car theft. Aimee said that the most important thing is that the people involved are all right, and assured that she feels safe in Malaysia. “[The cast and crew] have always stayed together. We feel very safe. We’re only alone when we return to our individual hotel rooms.”