Wayne Lai and Moses Chan as Lawyers for “The Love Firm” 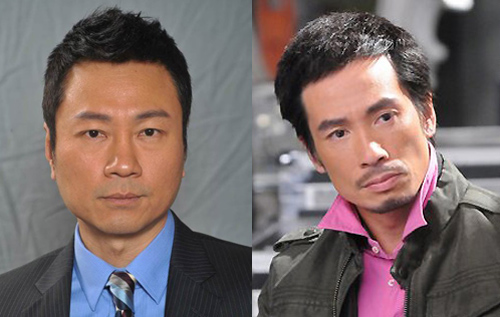 The Love Firm is a serious, character-driven drama that centers on a group of lawyers who are fighting in a large inheritance case. The search of truth is not the main theme behind each civil case, but rather the search of dignity, humility, and human affection. Each case will be objectified, and a different side will be presented in each argument.

Moses Chan is Not Ready to Marry Aimee Chan

Next Magazine earlier reported that Moses Chan had already proposed to his girlfriend and TVB colleague, Aimee Chan (陳茵媺), and the couple reportedly planned to have their wedding in Australia in 2013. Aimee had already denied these marriage rumors. Moses followed her footsteps during the filming of The Love Firm sales clip on Friday.

Moses stressed, “It is not true. I’m sure the audience is already bored with this rumor. I do wish for it to happen one day, but not right now. I hope everyone can give us more space.”

Former TVB goddess and model, Samantha Ko, is earning critical success for her performance in the period drama, The Last Steep Ascent <天梯>. In the drama, she portrays the sassy wife of Joel Chan’s (陳山聰) character, “Lai Chai Man,” the benefactor and rival of Moses Chan’s character, “Miu Tin”. Many viewers enjoyed watching the lively and sincere performances of Joel and Samantha. Some went on to say that Joel and Samantha’s characters are the best-written and most interesting characters in the entire drama, overshadowing the leads, Moses Chan and Maggie Cheung (張可頤).

At The Love Firm trailer filming, Samantha disclosed that this was her first time filming a sales presentation clip for TVB. She thanked the audience for supporting her in The Last Steep Ascent. Although Samantha is not part of the official cast of The Love Firm, she hopes that she would be added to the cast when the drama formally begins production in late November.