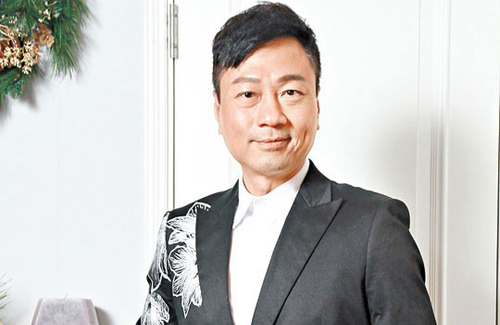 In in the entertainment industry for 30 years, Wayne Lai‘s (黎耀祥) finally achieved recognition for his dynamic portrayal in the 2009 hit drama Rosy Business (巾幗梟雄). Riding on his success, Wayne has been cast in many series since. However, it appears that the 51-year-old actor is slowing his output and may be preparing for retirement.

“Back then, I worked a lot not only to make money, but also to hone my acting skills. Like a sponge, I continuously gained experience and established a strong foundation. But after doing a job for more than 30 years, it’s becoming a bit boring. I’m starting to lose inspiration. I really hope to be able to slow down and reflect after filming each series.”

From filming three to four series per year, Wayne has reduced his workload to filming one or two dramas each year. Wayne’s mindset to retire may also stem from producer Lee Tim Shing’s (李添勝) recent retirement. When asked whether he is planning to quit the industry, Wayne smiled and said, “Recently, I have been filming less dramas, but I will not completely retire. It’s impossible to not work. After being in the entertainment industry for more than 30 years, I just hope for a change. Life cannot just be about work.”

In addition to decreasing his workload, Wayne also recently took an extended break for the first time and enjoyed a vacation to Japan with his family. With a newfound appreciation for family time, Wayne shared, “There needs to be a balance between work and family. In addition to achieving gratification through filming, there is also a need to find enjoyment in life.