Wayne Lai: “I Am Blindly Loyal” 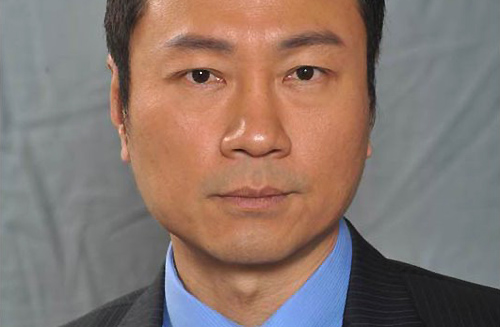 Not only is Wayne Lai (黎耀祥) currently one of TVB’s highest-paid actors, he is also one of the longest-employed artists in the station.

Wayne was admitted into TVB’s artist training class in 1985, then graduating a year later when he was 22 years old. For the first 12 years of his acting career with TVB, Wayne portrayed many small supporting characters, even accepting jobs as a body double. It was not until 1996’s Journey to the West <西遊記>, in which Wayne portrayed the part-human, part-pig, Zhu Bajie, when his name became known.

Despite his minor successes in television, TVB decided to not renew his contract in 1998. Dedicated and passionate to continue a career in acting, Wayne moved to other filming prospects. Between 1998 and 2002, he acted in many film, theater, and a few television dramas for ATV. When the Hong Kong film industry became stagnant in the early millenium, Wayne failed to gain film offers. Under the guidance of TVB executive Catherine Tsang (曾勵珍) and director Chiu Sung Kee (趙崇基), Wayne finally returned to TVB in 2002.

Being friends with each other for over 20 years, Wayne explained that only Lee Tim Sing and Cheung Wah Biu were willing to give him daring and significant roles in their productions. Wayne said, “Cheung Wah Biu is very good at writing characters that can disinter my positive qualities. As for Tim Gor, he has helped me a lot during the many stages of my life. Years ago, when I was thinking about switching careers and moving to Macau, Tim Gor encouraged me to stay. At that time, I was still an insignificant actor, and TVB definitely did not care if they lost me or not. Only Tim Gor took the effort to convince me to stay, and gave me many filming opportunities afterwards.”

Cheung Wah Biu: “Wayne is a Rare and Valuable Actor”

Although Cheung Wah Biu has left TVB, he revealed that he is still looking forward to working with Wayne again, “I worked as a producer once at TVB, and that was for 1990’s The Challenge of Life <人在邊緣>. Tim Gor recommended Wayne Lai to me, so I arranged him to play one of Leon Lai’s (黎明) subordinates. At that time, I already felt that this actor was different from others. His acting was very realistic and natural.

“When I was writing for The Gentle Crackdown II, I wrote a special scene to test Wayne’s abilities. I wanted him to count out the names of over 20 different bureaucratic officials in one camera take. None of the actors could do this all at once, so I told Wayne that he did not need to follow the script, and could just count his family members instead for convenience. But Wayne insisted on following the script, and actually completed the scene in one take. He is a rare and valuable actor.”

Camaraderie is the Most Important

Wayne is currently starring in TVB’s historical-fiction drama, King Maker <造王者>, which will air its final episode on Saturday, September 15. Wayne portrays Yu Jing, a devotedly loyal chancellor to Emperor Ningzong and the Crown Prince. Wayne described his character as “blindly loyal… Yu Jing’s entire life is burdened by justice and camaraderie, so he has been through many difficult struggles.

“In a way, his personality is very much like my own. To a certain degree, I can also be a bit blindly loyal. When everyone was moving their careers to the mainland due to the higher pay, I did not feel that I should do that too. TVB has taken great care of me. Money is not the most important factor to me.”

Wayne added, “My reasons probably sound stupid, but I still strongly believe in these traditional values. More or less, this is the reason why I am still staying with TVB.”

52 comments to Wayne Lai: “I Am Blindly Loyal”