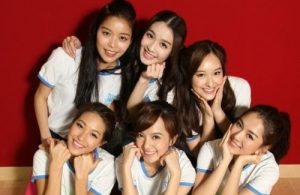 In 2014, a group of rookie artistes met on the set of the TVB drama, Never Dance Alone <女人俱樂部>, establishing the “M Club” sisterhood consisting of Anjaylia Chan (陳嘉寶), Venus Wong (王敏奕), Cheronna Ng (吳嘉熙), Jeannie Chan (陳瀅), Kandy Wong (黃山怡), and Winki Lai (賴慰玲). Although they may have all gone their separate ways in their careers and personal lives, the group would often reunite on special occasions over the past six years. With three members now married, let’s take a look at where the ladies are at present. 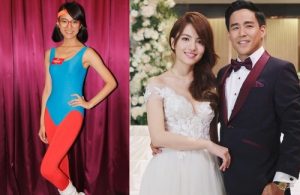 In 2017, the whole M Club crew attended Anjaylia’s lavish wedding, with Jeannie and Cheronna as her bridesmaids. Not only is 30-year-old Anjaylia the first among the group to get hitched, but she is also the first to have two children. She gave birth to her daughter Hosanna in 2019 and announced the birth of her second daughter Eliana several days ago. 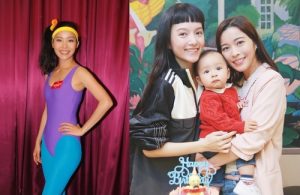 Joining Anjaylia in the world of motherhood is 34-year-old Winki. Winki also got married in 2017, and she welcomed her son the same year. While she noticeably lightened her workload after giving birth, she has made a return to the small screen with her participation in the TVB series Al Cappuccino <反黑路人甲> and Death By Zero <殺手>. 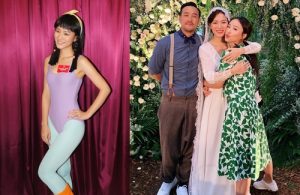 Albeit not yet a mother, Venus, 28, is the latest M Club member to tie the knot. Kandy and Jeannie were there on Venus’ big day in 2019 when she got hitched to Eric Tsang‘s (曾志偉) son, award-winning director Derek Tsang (曾國祥) in Japan. Despite finally settling down with Derek, who is 12 years older than her, Venus is still very much immersed in her career. A few days ago, she announced that she had signed with Voice Entertainment to launch her first singing album. 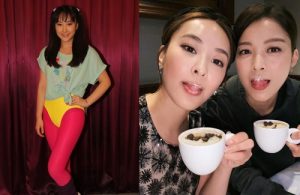 Although 30-year-old Jeannie is not part of the wives club yet, her love life is still very colorful. In 2015, she dated the son of late casino tycoon Stanley Ho (何鴻燊), Arnaldo Ho (何猷亨), but this high-profile relationship ended the following year. Afterward, the media romantically linked her to artistes Adrian Chau (周志文), Owen Cheung (張振朗), Joey Law (羅天宇), and Carlos Chan (陳家樂), but they never confirmed the dating rumors. As of late, there are speculations that she rekindled her romance with Arnaldo since she accompanied him to his father’s funeral and dined out with him. 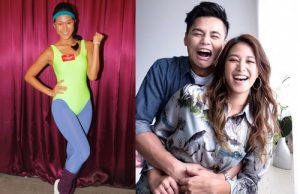 Similar to Jeannie, Super Girls member 31-year-old Cheronna also had a sad ending to a high-profile relationship. In 2017, she went public with her relationship with Ha Yu‘s (夏雨) son, Dixon Wong (黃奕晨). Many thought they were inseparable, but unfortunately, their relationship came to an end last October with rumors of a third party. Though Cheronna and Dixon both denied those allegations, Cheronna lost a lot of weight from the breakup. 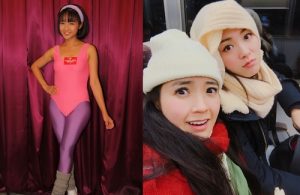 Meanwhile, Kandy, who rarely makes negative headlines given her cute and innocent image, has reportedly been single for seven years now. The 32-year-old’s last known relationship was with Dominic Ho (何浩文), which began in 2011. Allegedly, Dominic took advantage of Kandy’s pursuit of him and used her to move up in the industry, which made Kandy’s company displeased. However, their romance only lasted for two years due to Dominic’s flirtatious image, and Kandy has not dated since. 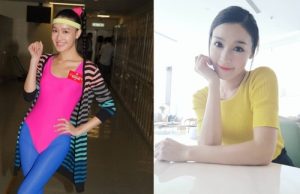 Actually, there is one more member of M Club: Annice. Annice and her twin sister make up the Guangzhou group, A2A, formerly known as AOA. After filming Never Dance Alone, she went on to film Shaw Brothers’ online drama, Guardian Angel <守護神之保險調查>. She has not appeared in any TVB works since, so every time she updates her social media, netizens would ask how she is and comment, “Long time no see.” Annice is not usually seen in the pictures of the ladies’ gatherings. 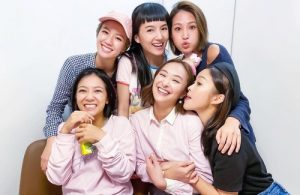 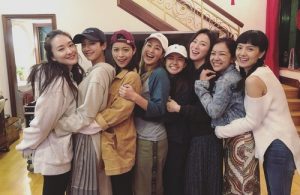 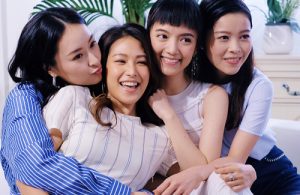