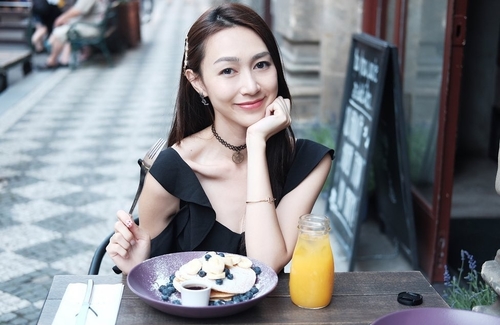 On September 8, Carmaney Wong’s (黃嘉雯) dreams came true when she won the crown at the 2019 Miss Hong Kong Pageant. The 25-year-old’s triumph came as no surprise since she was one of the hot favorites all along. Not to mention, she had an edge over her competitors in that she previously competed in one of the world’s four major beauty contests: Miss International 2018.

Carmaney, who formerly used the alias Carmaney Santiago (湯洛晴), has a 32C bust and a height of 172 cm. She debuted as a model in 2013, and her healthy image has won the favor of many brands including KFC and the MTR. The beauty queen even worked with Louis Koo (古天樂) on an advertisement before.

Competing in the Pageant

After winning the title of Miss Hong Kong, Carmaney could not contain her excitement. “Although I dreamt of winning the pageant, I never thought that it would come true,” she said.

Carmaney thanked the panel of star judges for allowing the contestants to put their best foot forward and added that the other girls were hard to beat. She thought she did the best in her catwalk performance.

Her Family, Academics, and Boyfriend

It is said that Carmaney comes from a wealthy family and lives in a 1,800-square-foot mansion worth half a billion HKD. She traveled all over the world – Iceland, Italy, Greece, Switzerland, France, and more – while she was still studying at the Humanities and Creative Department of Hong Kong Baptist University. After she graduated from university, Carmaney went to Romania as a volunteer.

As fate would have it, she met her Swiss-native boyfriend Matej while visiting her friend in Germany. Due to his good looks, netizens dubbed him as the “bootleg Beckham.” Matej works in the marketing sector, and moved to Hong Kong for Carmaney.

On top of that, he is also very supportive of his girlfriend’s decision to participate in the pageant. Matej was the one who advised her to delete certain photos off of her social media accounts to prevent netizens from finding out her background information. “My boyfriend has always supported me 100%,” Carmaney expressed.

After the identity of her boyfriend was revealed, Carmaney generously admitted to the relationship. “Now, many artistes don’t mind disclosing their relationships,” she said. “I believe that dating won’t affect my career.” 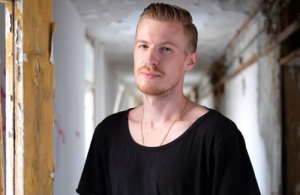