Above: Janine Chang with her mother.

Due to the popularity of Chinese drama, Here to Heart <溫暖的弦>, Taiwanese actress Janine Chang (張鈞甯) is once again in the center spotlight. Many fans were enraptured by her on-screen persona, praising that she oozed with charisma and sophistication. Not only is Janine a delight onscreen, but the 35-year-old actress is also highly educated and hails from a well-to-do-family.

Janine was born in Munich, Germany to a Taiwanese father who is a college professor and a mother who is a published writer. While still attending National Taipei University, she debuted at 21 years old and took a two-year break from school in order to focus on establishing her career. Despite debuting to relative success, Janine felt that education is important and was determined to complete her degree. She slowed down her work output and obtained her bachelor’s degree in law.

After returning to the small screen, Janine enrolled in the National Central University and simultaneously earned a master’s degree. After finishing school, she did not pursue a career in law. Instead, she placed her efforts into pursuing an acting career. In response to this decision, Janine shared, “When I was 30 years old, I went with a non-profit organization to Mongolia. It was my first time meeting a subsidized child. I saw him from the top of the hill. When I walked over and looked into his eyes, I couldn’t stop crying. I felt that he was so pure. When I saw him, I also saw my inner self. At the time, I knew that I wanted to stay in the entertainment industry because an actor has a big influence and can reach many more people.”

Although Janine is one of Taiwan’s most popular actresses, she admitted to being naturally reserved. “When I was young, I was very shy and anxious all the time. I’d rather not be noticed. Later, I inadvertently got exposed to performing arts. I realized that performing helped me further understand what kind of person I am. It also helped me become more relaxed. It is only when you are relaxed that your confidence can come through.”

The Real Side of Janine Chang

Janine Chang Clarifies How She Feels About Roy Chiu 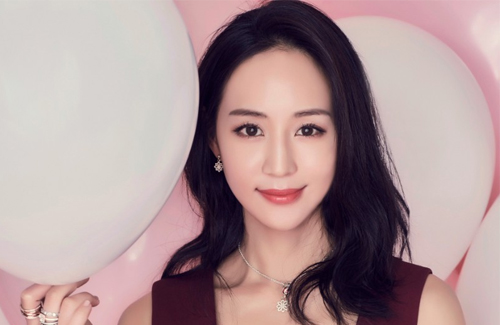