[Breakup Files] William Chan and Charlene Choi Are Officially Over 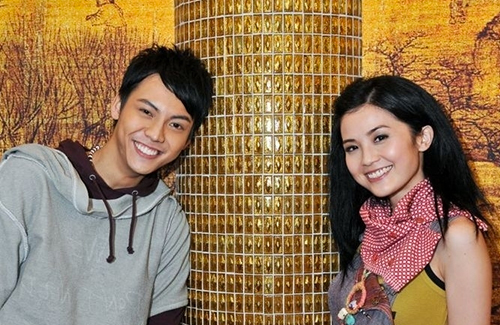 William Chan (陳偉霆) and Charlene Choi (蔡卓妍) have officially broken up. The couple of over four years officially announced their separation in a shared statement they released on their Weibo blogs on September 20.

“Every artiste would hope that they would get recognized for their own hard work, but no matter how hard you try, your relationship life would always end up taking the most focus,” the statement started. “You always tell yourself that ‘those who eat salted fish must put up with the thirst,’ but in the end, it becomes a kind of intangible pressure.”

In their statement, William and Charlene implied that pressure from the media and the public was what drove them apart. They expressed that they had received a lack of privacy and respect during their time together. Staying quiet only hurt them and created more misunderstandings in the end.

“Please stop with the hurt. Stop putting focus on things outside of our work. Stop the endless guessing and the smearing. Give us more space so we can do our jobs well, live well, and feel the beauty that this world has given us.”

Fans and netizens positively received the breakup news. Some netizens expressed that while they feel that their breakup was a pity, they wished for their individual happiness. Other netizens said that a breakup might a good thing, as they are both still young and still have bright futures ahead.

Other netizens did not leave such positive comments. Quite a few netizens expressed that a breakup was imminent, as William and Charlene do not seem to be very compatible. Others observed that William and Charlene were rarely seen together after confirming their relationship in 2010, and that long distance relationships hardly work well. Some fans scolded William for leaving Charlene after achieving fame in Mainland China.

William and Charlene began dating in late 2010. The pair allegedly grew close after collaborating in the 2010 Wong Jing (王晶) film Beauty on Duty! <美麗密令>, although at the time of filming, Charlene was still married to Ronald Cheng (鄭中基) and William was still dating Angelababy. Their relationship was never positively received by the Hong Kong public: William, who was still struggling for fame at the time, was criticized for not being good enough for Charlene.

After starring in the 2014 xianxia drama Swords of Legends <古劍奇譚>, William shot to fame in Mainland China, becoming one of the most anticipated rising pop idols in the country. This year, William made his debut in the Forbes China Celebrity list at number 70, succeeding Charlene who was at number 95.

Since shifting his focus to Mainland China, William only returns to Hong Kong to do official events. In a long distance relationship with Charlene, rumors have been flying since earlier this year that the couple were breaking up. William also did not attend the Hong Kong Film Awards to support Charlene, who was nominated for Best Actress for her breakthrough performance in Sara <雛妓>.