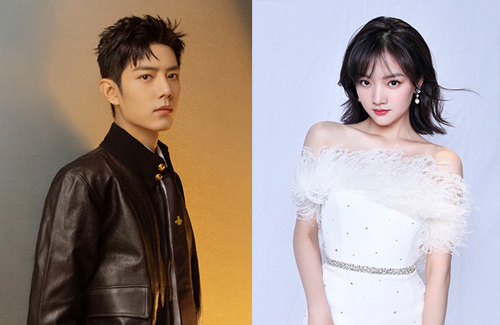 Rumors of Xiao Zhan (肖戰) taking on xianxia drama Zhu Yan <朱顏> has been spreading wildly on Weibo. According to the news, Xiao Zhan received the drama’s pitch as early as in June 2020, and was drawn to take up the role when he saw the dramatic potential. Casting choices have been kept a secret until recently, when Xiao Zhan was said to be cast alongside rising 21-year-old actress Ren Min (任敏).

While many actresses, including Yuan Bingyan (袁冰妍) had auditioned for the female lead, Tencent was holding out for a young actress in her early twenties to fill the role since the central leads were a master-disciple couple, and eventually decided to cast Ren Min. Winning compliments from several acclaimed directors in Everybody Stand By 2 <演员请就位2>, Ren Min caught attention with her standout performance in Chinese ancient drama Serenade of Peaceful Joy <清平樂> last year, and looked gorgeous in the period costume as Princess Fukang, winning her media attention as a young actress to watch.

Adapted from a fantasy novel by Yue Cang (滄月), Zhu Yan is a prequel to the Mirror <鏡> series, which narrates a tumultuous romance between royal prince Shi Ying and princess from the Chu Yi tribe, Zhu Yan. Their destinies also end up altering the fate of the entire Kong Sang continent. As one of the most anticipated heavyweight dramas by Tencent media in 2021, production is likely to commence in March.