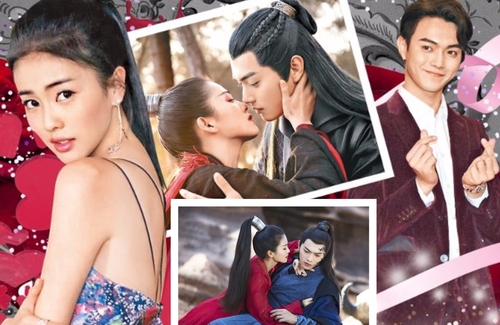 Rising stars and onscreen couple Xu Kai (許凱) and Bai Lu (白鹿) has become a trending topic lately due to some negative rumors. Following the airing of The Legends <招搖>, netizens widely shipped the two as a couple after their romantic scenes went viral online. Fulfilling fans’ desire to see them together in more projects, they collaborated again for Arsenal Military Academy <烈火軍校> and the upcoming Imperial Cuisine <尚食>. With their casting for the Imperial Cuisine confirmed, it seems producer Yu Zheng (于正) is still keen on promoting this ‘Yao Lan’ couple despite the controversial allegations surrounding Bai lu and Xu Kai.

Breaking out from his performance in Story of Yanxi Palace <延禧攻略>, Xu Kai’s popularity soared to great heights. However, his past relationship with Internet celebrity Dajin (大金) reeled him back after she accused him of abusing her and cheating on her with actress Bai Lu. Dajin reportedly recognized the bedsheets that she bought for Xu Kai in Bai Lu’s photo of her high heels and bed. She sneered at them for having the audacity to lie on the bedsheets she personally purchased. With later reports showing Xu Kai visiting Bai Lu’s house late at night, the two were heavily embroiled in controversy and online criticism. 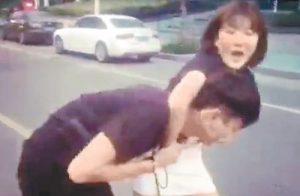 Though the actors faced harmful rumors, no official response has been made aside from Xu Kai admitting he hit his girlfriend before and he has learned his lesson. However, a leaked clip of Xu Kai and Dajin suggests a different side to the story – the young actor’s violent behaviors may not be true. Instead, Xu Kai might be the actual victim of violence.

Bai Lu has also apparently shed the mistress title after being accused of the so-called third party in Xu Kai and Dajin’s relationship. Regardless, Xu Kai and Bai Lu are still working together and displaying a close relationship in dramas and shows.