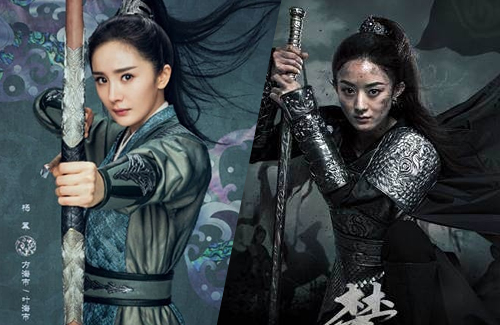 It’s all speculation, but it has been reported that both Yang Mi (杨幂) and Zanilia Zhao (赵丽颖)—two of China’s highest-paid television actresses—are permanently saying goodbye to teen idol dramas.

Known by the media as the “ten millions viewership queen”, Zanilia Zhao had fans concerned when she broke down crying at the filming commencement banquet for her upcoming wuxia drama Legend of Fei <有翡>. In bowing, she bid the drama’s team farewell and cried, “Everyone’s worked hard. You guys are the best. Jianghu zaijian (translation: farewell and may we hope to see each other again).”

Zanilia’s last words sparked speculation that she may be considering retirement. The 32-year-old gave birth to a boy last year, and Legend of Fei was meant to be her first comeback drama in two years. 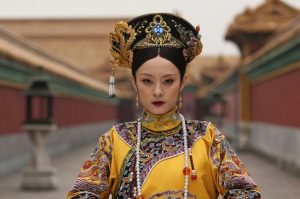 But it isn’t retirement that Zanilia seeks, but a change in image. Best known for starring in popular teen idol dramas such as The Journey of Flower <花千骨> and Princess Agents <楚乔传>, sources are saying that the 32-year-old wants to cash on a more durable image to reflect her age and experience. She wants to pursue an image closer to award-winning actress Sun Li (孙俪), who has found fame through starring in more mature dramas such as Empresses in the Palace <后宫·甄嬛传>.

In her one-year hiatus following the birth of her son, Zanilia used the time to lay out her future career plans. She reportedly reached out to renowned director Zheng Xiaolong (郑晓龙), who helmed award-winning dramas such as Golden Marriage <金婚> and Empresses in the Palace, for a collaboration. Zheng also had a hand in developing Sun Li’s career, as she was the star in both Empresses in the Palace and The Legend of Mi Yue <芈月传>.

But Zanilia isn’t the only veteran teen idol who hopes to change her image—Yang Mi, Zanilia’s strongest opponent in the industry, has the same idea. Thank You Doctor <谢谢你医生> was said to be Yang Mi’s first non-idol drama, but production had to be postponed due to the COVID-19 pandemic. Her efforts don’t end there, though—there is already talk that she has been cast in a new romance drama helmed by Golden Marriage screenwriter Wang Wanping (王宛平).

Both interested in changing their image and working with Zheng, Yang Mi and Zanilia can’t seem to get rid of each other!