Yang Mi Has Broken Up With Her New Boyfriend Wei Daxun? 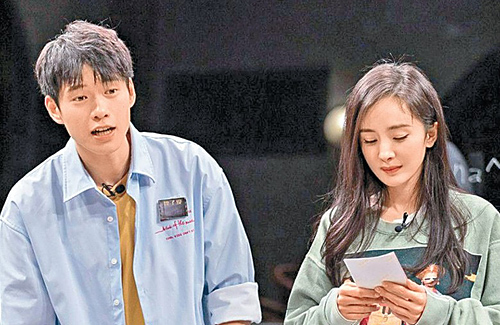 Ever since her divorce from Hawick Lau (劉愷威) in December 2018, Yang Mi (杨幂) has primarily focused on her career until sparks sizzled between her and and actor Wei Daxun (魏大勋) last August. The two never confirmed their relationship status, but paparazzi and netizens often found proof of them dating. In December, they were witnessed staying in a hotel overnight and leaving one after another in an attempt to remain inconspicuous.

However, it seems that this whirlwind romance is over before it really began. Yang Mi reportedly thinks that Wei Daxun is using her fame to promote himself. Netizens pointed out that Wei Daxun had purposely worn clothing that Yang Mi was the brand ambassador for. When asked his thoughts on dating an older woman, he replied that he had no problem with the woman being slightly older than himself. It seems that he intentionally wanted to further fuel their rumors.

On January 4 when he was interviewed at an event, Wei surprisingly stated that he was single. On a variety show, he also vaguely hinted that he had been rejected in a relationship.

2 comments to Yang Mi Has Broken Up With Her New Boyfriend Wei Daxun?