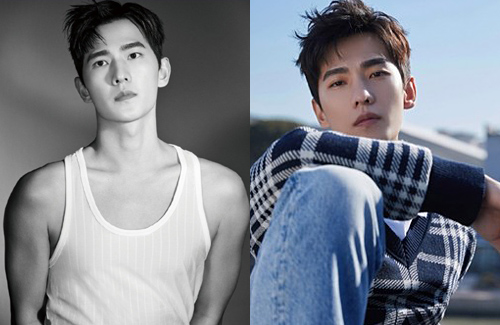 After 2016’s LOVE O2O <微微一笑很傾城>, Yang Yang (楊洋) shot to stardom and became one of China’s most prominent idols. Despite his natural good looks, Yang Yang’s recent fashion spread was criticized for his strong eyebrows which dominated his face. Fans left harsh comments on the makeup artist’s Weibo, blaming him for making Yang Yang look ugly.

Although artistes normally withhold their anger and never dwell too much on social media comments, Yang Yang grew increasingly upset and fought back. The actor wrote back to fans, “Please respect my work partner, and stop being overly nitpicky.”

Unfortunately, fans were not pleased with Yang Yang’s comments and responded, “Your eyebrows are so ugly, but you won’t even let others comment on it?” Once again, Yang Yang irritably replied, “Sorry I’m an eyesore–this is what my parents gave birth to.”

Many netizens applaud Yang Yang’s actions in curb fans’ aggressive behavior, and recalled that he is someone who is very protective and outspoken about his principles. Even during the earlier days in Yang Yang’s career when he was not as popular, he would kindly ask fans to change the tone of their speech to be more positive.