The Chinese actor shows throwback childhood photos of himself in army uniform.

Yang Yang posted several photos of himself in a military uniform when he was a child, with the caption “Little Sheep” Standing orderly as part of a group of obedient students, the photo date was indicated as August 3, 2003. As a 12 year-old back then, “Little Sheep” already had many of his adult features but with an added aura of childish innocence.

Fans responded with praise for Yang Yang’s adorable looks, pointing out how his good looks made him stand out among his peers, even back then. Fans commented: “Such a good-looking guy since young”; “So adorable when young”; “Could spot him at once…too easy!” and “Looks so charming when he smiles.” 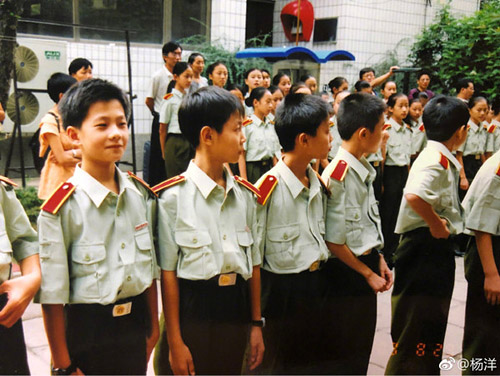 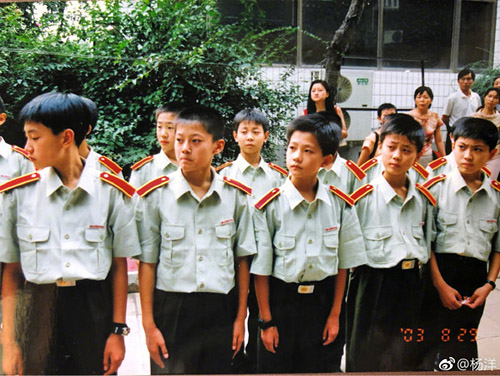 The actor will also appear in military attire in upcoming drama Glory of The Special Forces <特战荣耀>, which is currently being filmed.