The following article contains spoilers for the Chinese drama The King’s Avatar, which aired its final episode on August 30, 2019.

The King’s Avatar <全职高手>, live action adaptation based on the web novel of the same name, has aired its final episode, and fans are breathing a sigh of relief.

The esports drama stars Yang Yang (杨洋) as Ye Xiu, a highly revered Glory player and tactician who had supported his team, Excellent Era, to win several professional championships with his game character One Autumn Leaf. Unfortunately, despite his successful run, he gets forced out of his team and had to give up his character to Sun Xiang (played by Liang Sen 梁森), the new team captain. Ye Xiu starts a new team from scratch, Team Happy, and challenges his way back to the championships with his new character Lord Grim.

Having received praised for its action-packed storyline and high quality video game graphics, fans were relieved to see that the ending stayed true to the story.

In the final episode, Team Happy has to compete against Team Excellent Era for the trophy. Ye Xiu feels a mixture of different emotions as he plays against his former team and a character he he has grown attached to.

Just as hope is loss, the judges announce that Lord Grim earns two additional points due to Ye Xiu managing to break a four-year record, and Team Happy wins the championship, taking the trophy home.

After the final broadcast, Yang Yang left a long message on social media to thank his fans for their support throughout the show. “People say I am too handsome to play the character Ye Xiu. Everyone can become someone like Ye Xiu. When you feel confused, lost, and dispirited, it was Ye Xiu who told me that nothing is impossible to beat. Start over again!”

The anonymous tip claimed he was involved in a two-year relationship with his fan.

Yang Yang and Dilraba Dilmurat’s long-awaited romantic drama will be released on June 27, 2021. 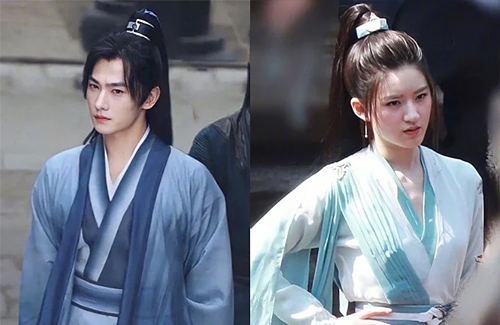 Working with Yang Yang is likely to push Zhao Lusi to the rank of A-listers.