In addition to starring returning cast members in the second installment of popular web drama Flying Tiger 2 <飛虎之雷霆極戰>, fresh but familiar faces were also brought on. Among them, Kenneth Ma (馬國明) and Yoyo Mung (蒙嘉慧), who was on hiatus from filming dramas, joined the sequel. In fact, the two stars have been very proactive about showcasing their best self for the series.

Yoyo, who said her primary role in Flying Tiger 2 is to be pretty, already shed some pounds. “But I didn’t lose enough yet,” she shared. “The one at home (husband Ekin Cheng (鄭伊健)) is still shaking his head. He thinks I can be even more fit; when I wear elastic waistband skirts, he goes, ‘Actually you can still lose a bit more.’”

The actress said she’ll keep trying although she broke her own rule and ate fast food while she was working last night. “I did not purposely go on a diet,” Yoyo expressed. “But I’m trying to have more control over what I eat. For example, I won’t eat anything after having dinner at 8 p.m. [Ekin and I] stared at the cup of noodle but we both managed to control ourselves and not eat it.”

Also, Yoyo has plans to play soccer with Kenneth, who she said is really good at the sport. Kenneth modestly said, “I’m not. I only like to play soccer.”

However, Yoyo revealed during the time she was on hiatus from filming dramas, she hurt herself from playing ball and skiing and has only gotten better recently. Kenneth also needs to make some adjustments as he began working out after his participation in the drama was confirmed. It wasn’t only until he received the script that he realized his character is physically weak and had a big belly. “I went in the wrong direction, now I need to see how I can fix it,” Kenneth said.

With Flying Tiger 2, Kenneth can finally reunite with good brothers Ron Ng (吳卓羲) and Bosco Wong (黃宗澤) since their last collaboration more than a decade ago. “I realized that everyone did not change nor did we grow up at all,” Kenneth shared. “Once we saw each other, we kept playing tricks on one another. The feeling of filming a drama in the past all came back to me.”

The actor also recently opened a Weibo account to promote his Mainland work. 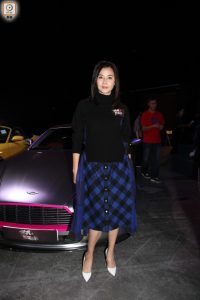 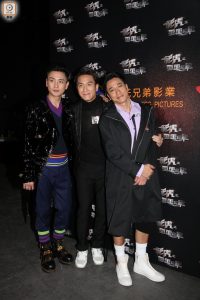