Zhang Ziyi Appears Bloated and is Six Months into Pregnancy? 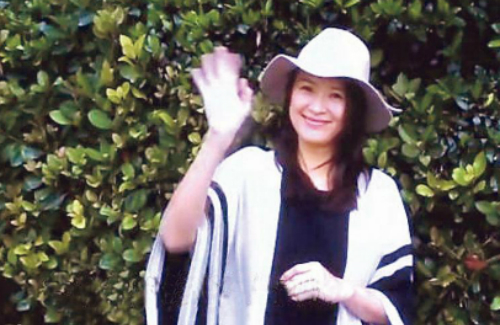 Speculated to be pregnant with Wang Feng’s (汪峰) child for six months, 36-year-old Zhang Ziyi (章子怡) has not made a public appearance since promoting her film in early August. Yesterday, while Wang Feng attended a press conference to promote his personal headset brand, “FILL”, Ziyi surprised everyone with a video appearance to support her rumored husband.

Wang Feng and Ziyi are reportedly already married, but the two never publically admitted their marital status. During the video clip presentation yesterday, Wang Feng referred to Ziyi as his family member, which explicitly implied that she is his wife. However, several netizens wondered why he could not just simply call her his wife, since the term “family” is already extremely obvious. One netizen remarked that perhaps Wang Feng believes a family member is more intimate, since one is able to divorce a wife but not a family member.

In the video clip, Ziyi appears cheerful but bloated with a round face. She is also in loose attire, and it is difficult to mask her signs of pregnancy. She also constantly fidgets with the ring on her middle finger, and tabloids claimed this is an additional sign that the couple is married. Although Wang Feng and Ziyi have been working in separately cities recently, Ziyi was sure to support him whenever he released new songs or music videos. Wang Feng is said to be working extra hard in order to earn money to support his family.

4 comments to Zhang Ziyi Appears Bloated and is Six Months into Pregnancy?