Elaine Yiu and Jack Wu to Team Up as Monster Parents 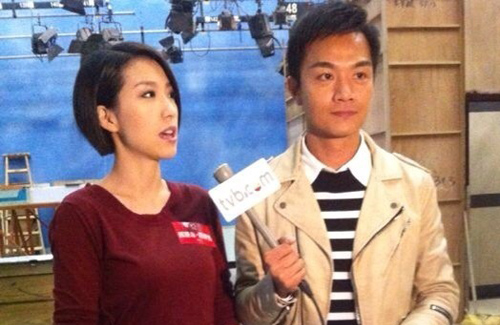 A reboot of the popular and long-lasting Below the Lion Rock <獅子山下> series, Hong Kong Heart, Hong Kong Affection is a 13-episode series featuring dramatic re-enactments of contemporary social issues. Helmed by Franklin Wong (黃華麒), who produced the original production in 1972, the new series will feature a regular cast while guest stars will be introduced as the story progresses.

As permanent cast members, Elaine and Jack will portray a married couple with a 10-year-old child. The two will participate in a story unit that explores modern parents’ obsession with micromanaging all aspects of their children’s lives in order to set up and ensure their future successes. The pair appeared at the studio on March 2 to kick start filming with a blessing ceremony.

Although she has yet to experience motherhood in real life, Elaine is not too worried about her new role. “Coincidentally I have been playing mothers in my last three series. Luckily I won’t have to play one again in my next project.”

As a father of two young girls, Jack is planning to incorporate his own parenting experiences into his performance. Different from his role as a “Monster Parent”, a term generally used to describe overly demanding, protective, and defensive modern parents, Jack instead takes a more casual approach in real life. “I am flexible with my children, but my wife [June Chan 陳琪] is a bit more anxious. Perhaps others would find her to be a monster parent.”