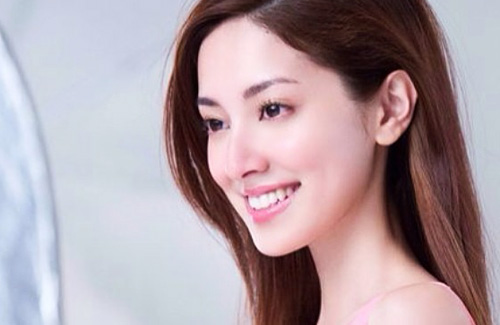 TVB executive Catherine Tsang (曾勵珍) believes it is inevitable for more established stars to pave way for younger artistes, and staff turnover is a natural occurence. “We have a number of talented newcomers such as Grace, Sisley, and Moon. They are very suitable for this industry – they are hardworking and they have great potential. When Grace first auditioned, I felt that she was already very familiar with this. In Captain of Destiny <張保仔>, Grace has fight scenes requiring wirework – she is very hardworking.”

Known for being a quick learner, Grace will be starring in the new TVB drama Brother’s Keeper 2 <巨輪2> opposite Kristal Tin (田蕊妮) and Edwin Siu (蕭正楠).

Sisley’s new drama, Young Charioteers <衝線>, also generated media interest. With Sisley’s youthful and cheerful image,  she will be a refreshing partner for Moses Chan (陳豪) in a new drama scheduled to film in May. Recently filming for Nick Cheung‘s (張家輝) new movie, Sisley will also have a breakthrough on the big screens.

Moon debuted to good reviews in Raising the Bar <四個女仔三個BAR> as the young lawyer, Holly. Moon’s next project will be EU: Overtime Mission <EU超時任務> opposite Vincent Wong (王浩信) and Tracy Chu (朱千雪).